The Alumna Who Closed in on College Basketball Glory 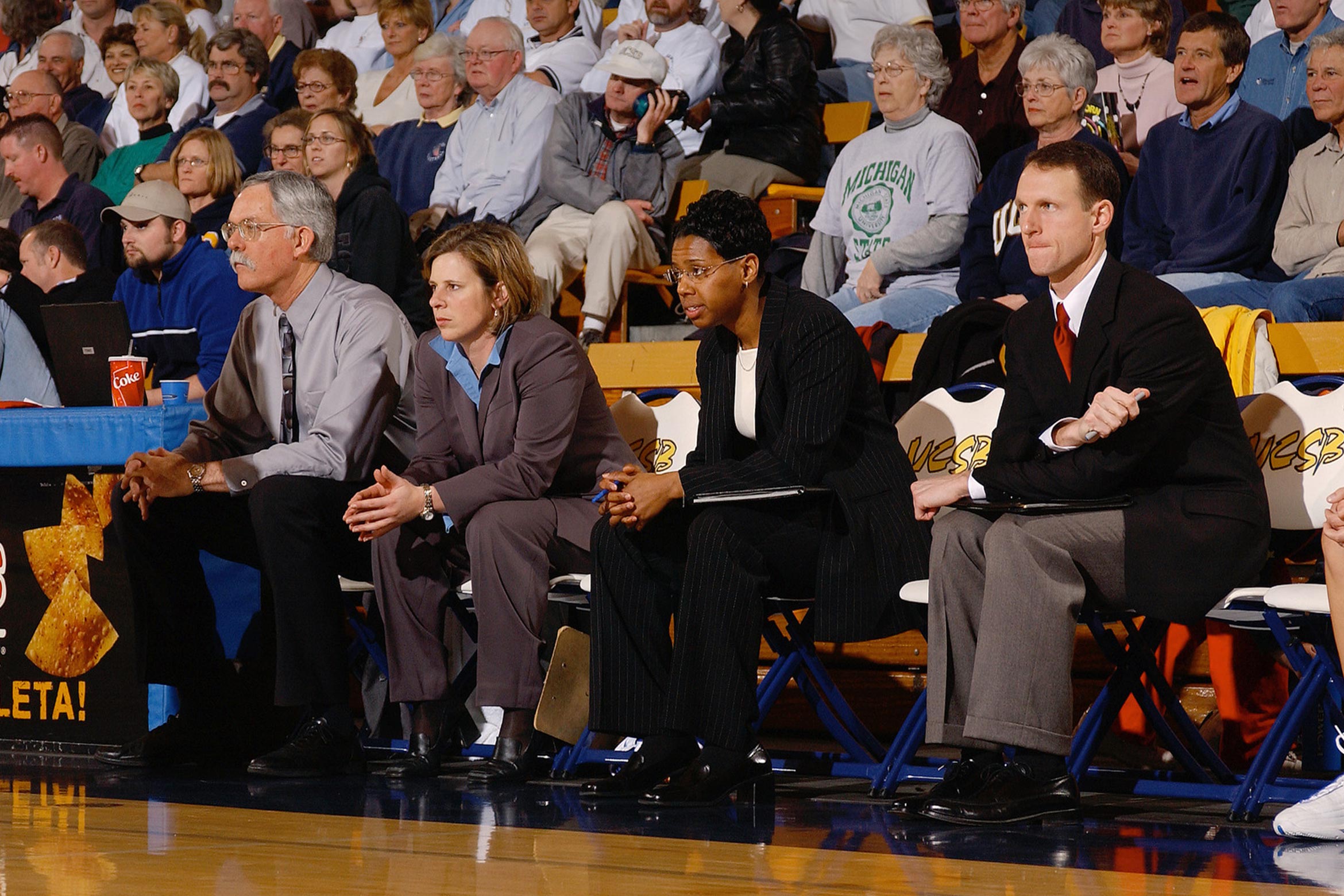 March Madness in 2018 was a brief affliction on the West Coast with one exception – UCLA, coached by Cori Close ‘93, won three games in the NCAA women’s basketball tournament and reached the Elite Eight for only the second time in school history.

It was the latest peak in Close’s college hoops career that began modestly in 1989 when Mark French ‘73 offered her a scholarship at UCSB. She was a lightly recruited point guard from Milpitas. “Mark took a chance on me,” she said.

“Looking back, we were fortunate,” said French, who coached the Gaucho women for 21 seasons (1988-2008). “She wasn’t a fabulous athlete, but she proved to be a very smart and controlled player, a true coach on the floor.”

In her junior year, the Gauchos hosted Houston in their very first NCAA women’s tournament game. Close sealed a victory at the free-throw stripe, where she went 11-for-11. She led the Gauchos into the tournament again as a senior in 1993, scoring a win over BYU.

Her first coaching experience was as a graduate assistant at UCLA the next two years. During that time, she visited the legendary Bruins coach John Wooden at his home every Tuesday, beginning a relationship that continued until his death.
“For 15 years, his wisdom was pouring into me,” she said. “I’m so grateful.”

French hired Close as his top assistant after she got her masters degree in 1995. “We met in Ventura to talk about the job,” French said. “It turned into a three-hour session. Cori sketched out a detailed plan where we needed to go.”

During their nine years on the bench together, the Gaucho women were often ranked in the nation’s top 20 and made eight consecutive trips to the NCAA tournament, culminating in the 2004 Sweet Sixteen, where UCSB gave eventual national champion Connecticut a big scare in an eight-point defeat.

French observed that Close’s drive exceeded his own. “She was unrelenting in her quest for excellence,” he said. “With the team, the staff, the school, the booster club, she could drive you to exhaustion.”

Close recalled with relish that her last home game at UCSB, a victory over Houston in the NCAA second round, was sold out. “We were out-drawing the men’s team,” she said. “It was a long way from when I started playing and the stands were empty.”

She broadened her horizons for the next seven years on the coaching staff at Florida State, which went as far as the Elite Eight. In 2011, Close finally became a head coach at UCLA, where, despite spotty postseason success in women’s basketball, expectations are always lofty. Close embraced them. This year, after back-to-back Sweet Sixteens, the Bruins made it a step further by upsetting Texas in the regional semifinals. Mississippi State stopped them in their bid for the Final Four.

The landscape of college women’s basketball is much more money-driven and tilted toward the big-name schools than during Close’s days at UCSB, but she remains grounded in an idealistic approach.

“It’s all about teaching,” she said. “Mark was a teacher. Coach Wooden was a teacher. I want to equip these young women to be the best they can be for the rest of their lives.”