Schools in the University of California system are doing significantly better than other four-year colleges and universities in the country when it come to enrolling low-income students and seeing them graduate. Of the public and profit nonprofit schools with higher-than-average Pell-awardee enrollment rate, the UCs are in five of the top 10 spots in terms of graduating students.

The reason UCs are ranked so high is that they are reaching out to lower-income high schools and starting the conversation about going to college early. They are doing more than just recruiting, and they are making sure students at underserved schools are on track to attend college. They are showing that it is possible for many of these students to not only enroll in these colleges but also graduate from them. Unfortunately, the trend of state disinvestment in higher education is continuing and the resources for ambitious efforts are dwindling as well.

University of California students are getting the most bang for their buck on a national level. UCSB placed high among the colleges represented on Forbes’ 300 Best Value Colleges list for 2018. A total of 650 schools were evaluated, and eight UC campuses made the cut, with UC Los Angeles, UC Berkeley, UC Irvine, UC San Diego and UC Santa Barbara all falling within the top 15. These rankings are computed based on alumni earnings, net price, net debt, school quality, timely graduation, and numbers of Pell Grant recipients. In accordance with this scale, UCSB has moved up eleven places since 2017. 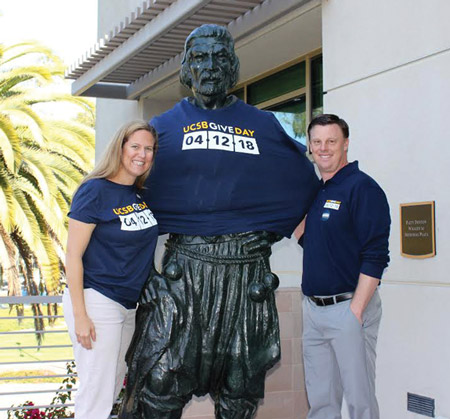 A Story of Giving

UCSB Give Day 2018 brought in $5,695,951 from 1,511 donors in an action-packed 24 hours. With alumni organized fundraising campaigns across California, free on campus events for students and staff, and a stellar social media presence, Gauchos made their voices heard. This year’s fundraising effort outdid the expectations set by the inaugural 2016 Give Day which brought in $3.7 million. Uniting the university’s vast array of communities, Give Day celebrated shared narratives and experiences that define UCSB, which led to a bigger outreach, engaged donors, and a successful fundraiser. Go Gauchos! 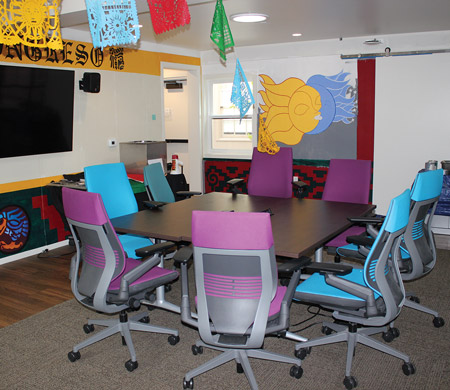 El Centro, tucked behind the towering Davidson Library in building 406, holds the heart of UCSB’s bustling Chicano/and Latino/a community and the key to a complex history 40 years in the making. 1969 marked the beginning of this vibrant space on campus, as it was brought into existence by activists of El Movimentio, who were advocating for the establishment of the first Chicano/Chicana studies program in the UC system, as part of their manifesto entitled “ El Plan de Santa Barbara.” Today El Centro is home to multiple organizations and serves as a hub for community and cultural recognition.

But over the last year, a challenge was discovered as inspectors revealed that structural elements rendered the space unsafe. With the threat of a new building replacing this historic space, the Latino/a community organized to save El Centro. After tireless negotiation between students and university administration it was decided that El Centro would be refurbished in order to honor its long standing legacy of student activism at UCSB. With salvaged murals from the original space preserved and incorporated within the space, El Centro has come full circle connecting current students, staff, and alumni through a shared heritage.

"Election by one’s peers to this most prestigious academy is not only a milestone achievement but also a deeply meaningful recognition of years of hard work, pioneering research and exceptional contributions.” 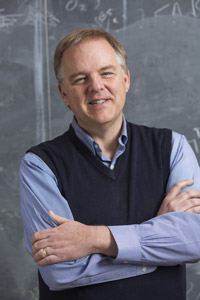 UC Santa Barbara Kavli Institute for Theoretical Physics (KITP) Director Lars Bildsten was elected to be a member of the National Academy of Sciences (NAS). Bildsten is an astrophysicist who studies stellar evolution and explosions and has been part of UCSB’s Department of Physics since 1999.

He has been awarded an Alfred P. Sloan Foundation Fellowship and the Helen B. Warner Prize from the American Astronomical Society for his fundamental work on stellar structure, and he also received a Hellman Family Faculty Fund Award and was designated a Cottrell Scholar.

Bildsten received his Ph.D. in theoretical physics from Cornell University and then he spent three years at the California Institute of Technology as a Lee A. DuBridge Research Fellow in Theoretical Astrophysics. This is also where he received a Compton Fellowship from NASA. Bildsten is eager to continue his theoretical research in time domain astrophysics. He says it is a field dramatically enabled by many new space and ground-based telescopes.