UC Santa Barbara Alumni was incorporated as a non-profit in 1965 but its beginnings originated decades earlier. 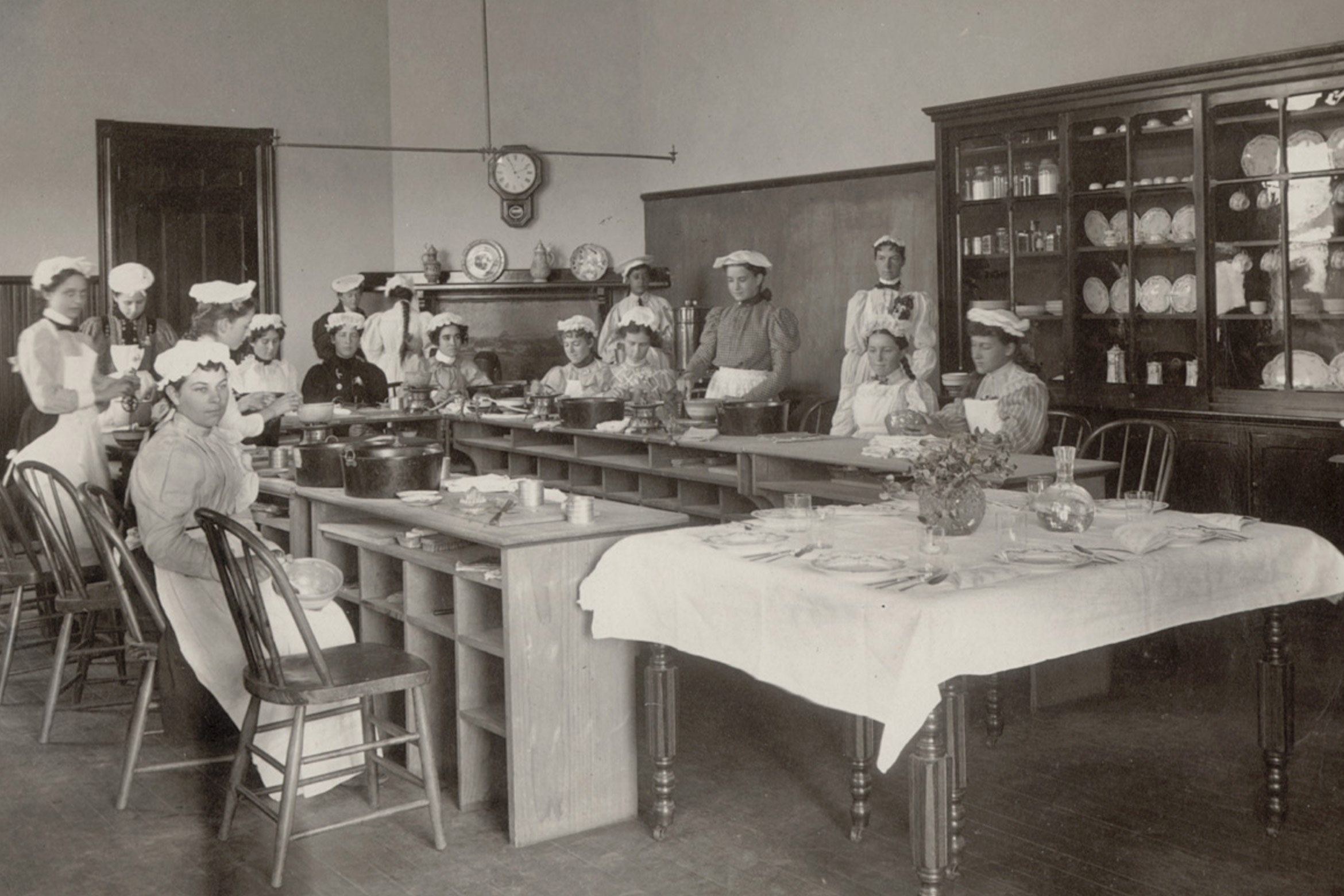 1919: The first organized alumni effort recorded takes place in February 1919 when the Class of 1918 organizes the Alumni Association of the Santa Barbara Normal School Manual Arts and Home Economics. The alumni body stands at 600. The Association's objective is "to foster a greater love in the graduates for their alma mater and to render greater service to the public, to education and to members of the association." Any graduate can join, but only those who pay annual dues of one dollar may vote. In March of that year, under new president, Clarence Phelps, the school's mission is broadened to the training of all elementary teachers and the name is shortened to Santa Barbara State Normal School.

Hoy Dia, the Santa Barbara State College alumni publication, is published in various formats from 1931 to 1947, when the name is changed to Santa Barbara Alumnus.

1935: After the State recognizes that teacher colleges have diversified their academic offerings and are granting liberal arts degrees, the word "teachers" may be dropped from institution names changing Santa Barbara State Teachers College to Santa Barbara State College.

1944: The Santa Barbara College of the University of California was established at Santa Barbara on July 1, 1944, as a result of a decision of the Board of Regents to take over the facilities of Santa Barbara State College.  This action had been authorized in a bill signed by Governor Earl Warren on June 8, 1943. 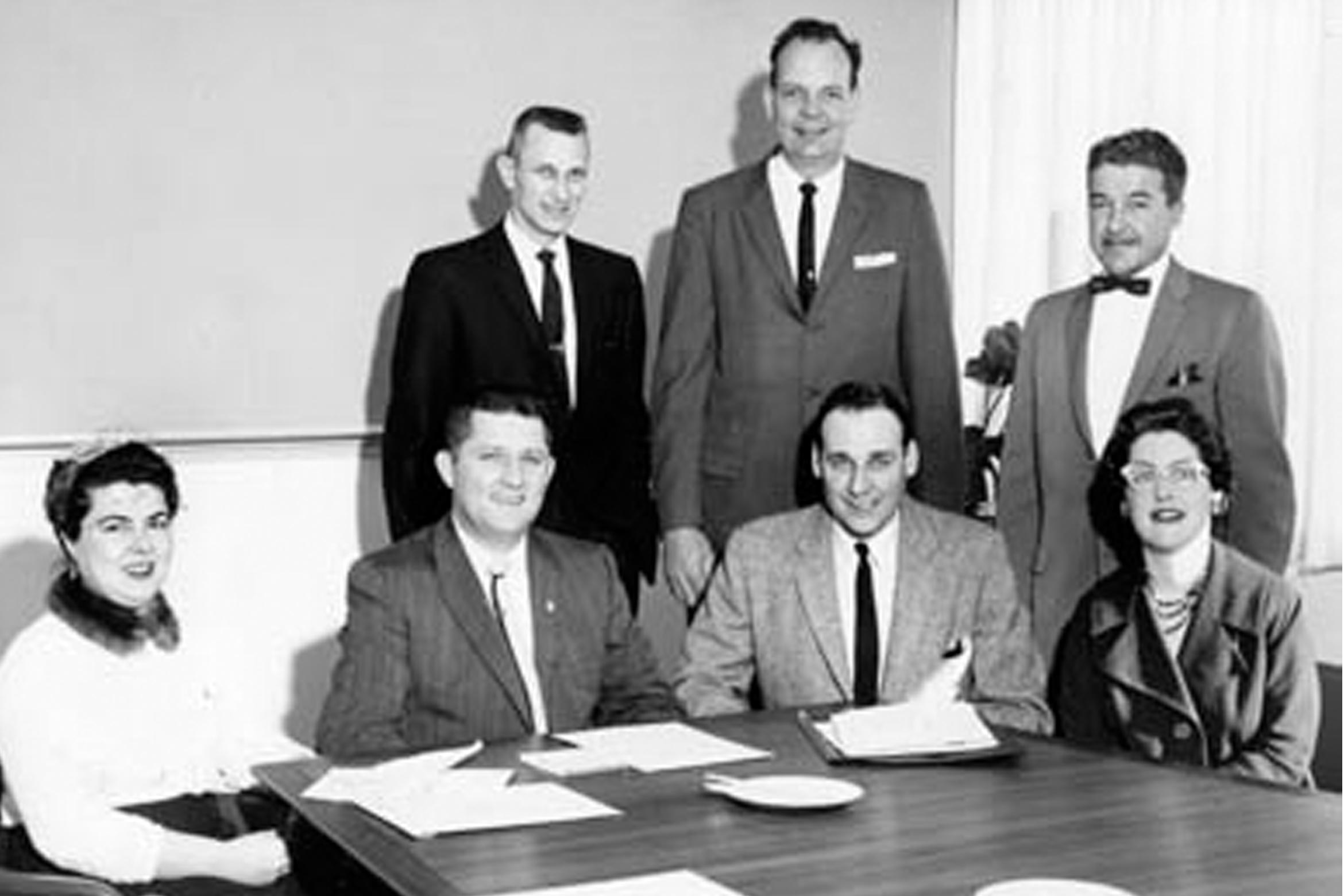 Director of Placement E. L. "Chally" Chalberg (at right, standing) oversaw a revitalization of alumni activities. Among the board members he recruited to reorganize the alumni association were (from left, seated) June Koenig Brouhard '54, Neil Goedhard '49, Joe Costantino '53, and Priscilla Simms '55; and (standing ) Richard Dietz '54 and Ted Knudson '51, pictured at a January 1960 meeting.

1954: UCSBC Provost J. Harold Williams appoints E. L. 'Chally' Chalberg, director of placement, to be Alumni Counselor. He recruits a dedicated board of directors which adopts a Constitution and Bylaws and begins some of the programs which remain in place to this day. Chalberg is replaced by Professor of History Robert Kelley '48 in 1960. The college relocates from its longtime Riviera Campus in downtown Santa Barbara to Goleta, taking up residence on a site previously used as a World War II Marine Air Station base. The campus remains on the same spot today.

1962: For the first time, the University allocates funds in support of the Alumni Relations Program. These funds provide the salary for a part-time secretary and record-keeper for the faculty alumni. Under Chancellor Vernon I. Cheadle, support grows, and eventually the University hires a full-time professional alumni director.

1965: The UCSB Alumni Association incorporates under the laws of California as a non-profit, charitable organization and becomes the publisher of the UCSB Alumnus alumni publication.
The executive director and secretary guide the growth of the Association. A part-time Alumnus editor and office assistant provide program and membership support. Early fundraising efforts to support scholarships for local high school students center around pumpkin patch sales in Carpinteria. New Year's Eve and Fiesta parties are sponsored by the Alumni Association and are well attended as alumni interest in UCSB increases. The Association designs and implements the University's first Annual Fund Campaign using alumni volunteers to call alumni in Santa Barbara, Los Angeles, and San Diego to support the University. 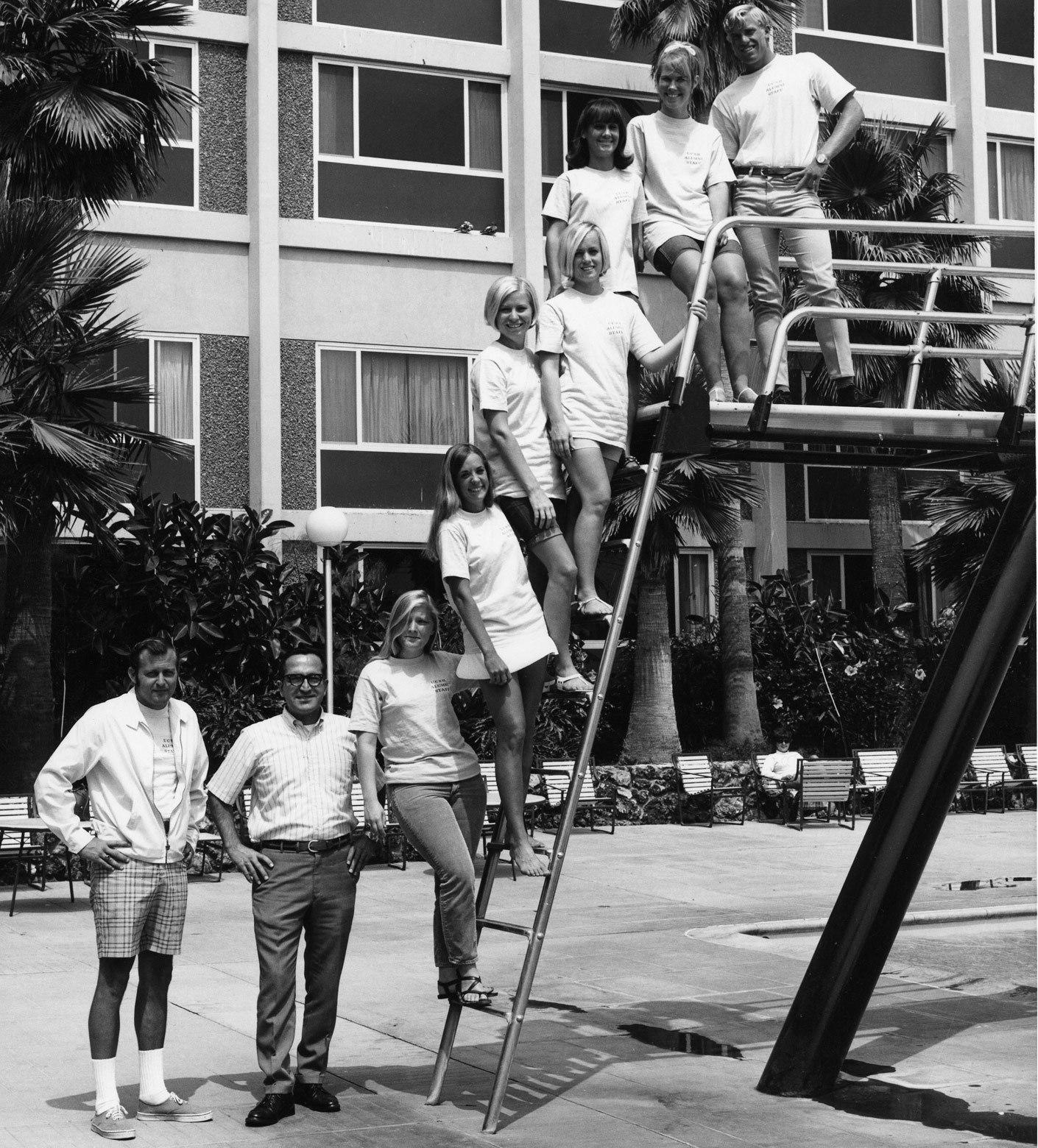 1969: The Association opens the Alumni Vacation Center at Francisco Torres residence hall in Isla Vista. After one year, the program moves to San Rafael on campus and is now known as the Family Vacation Center, serving some 2,000 UC alumni and friends each summer.

1970s:  In 1973, the Board of Directors of the Alumni Association vote to underwrite initial operational expenses of the UCSB Foundation, a charitable organization formed to accept gifts on behalf of the campus.

During the 1970s, a second Alumni Regent is added to the membership of the Board of Regents of the University of California. It has been the responsibility of the combined Alumni Associations of the University of California (AAUC) to provide two ex-officio alumni members of the Board of Regents. Every four years one voting Regent is a past or present member of the UCSB Alumni Association Board of Directors.

1980: The Alumnus, then a tabloid, adopts a magazine format, color printing and partially subsidizes its expense by accepting advertising. In 1981, the name of the magazine is changed to Coastlines.

1987: Governor George Deukmejian appoints former UCSB Alumni Association President Meredith Ford Khachigian '66 to a regular seat on the Board of Regents where she serves as Chair in 1991, 1993 and in 1997-1998.

2001: The Legacy Scholarship Fund is established to provide financial support to outstanding students of alumni.

2003: The Mosher Foundation agrees to make a $3 million donation in support of the Alumni House. The  Summer Inn opens its doors to seasonal overnight guests. 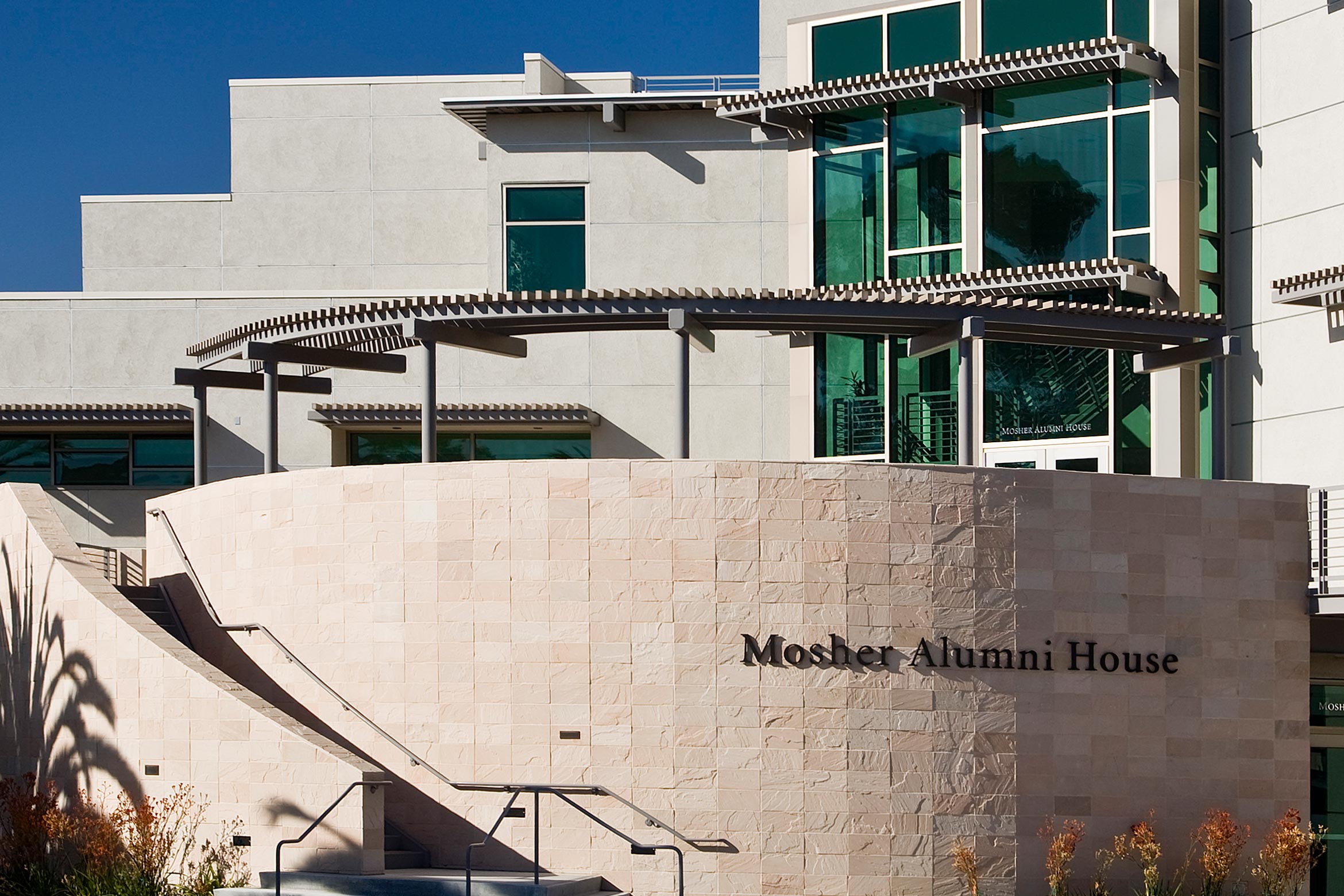 2007: Mosher Alumni House opens its doors, and All Gaucho Reunion is launched.

2016: UC Santa Barbara Alumni ends its membership program, effectively including all 220,000+ alumni in one inclusive network.

2017: Gaucho Network is launched for all alumni.

Read about the history of the University of California, Santa Barbara.