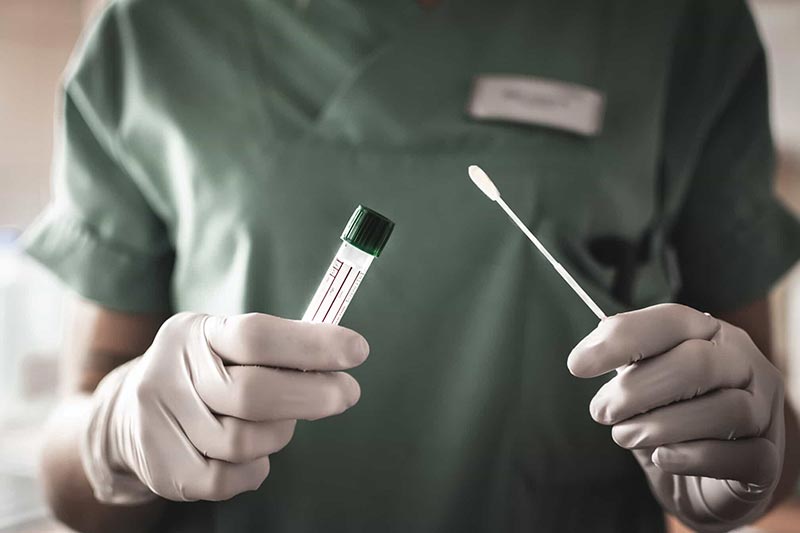 Across the Campus, the University Battles a Pandemic in Ways Both Large and Small

As the Coronavirus pandemic has devastated world health and economic vitality the faculty and staff at UC Santa Barbara have swung into action on both the micro and macro levels.   Some of the world’s most acclaimed researchers are working in UCSB labs to develop faster and more reliable testing of the virus hoping to produce protocols that will make testing universal. In nearby labs that are the home of a Nobel Prize winner, researchers are producing new laser emitters that may be able to kill the virus on surfaces, including those in Navy warships.

There are also the small but heroic actions on campus. In the Department of Theater and Dance former costume designers are mass producing colorful and unique protective face masks.  In bioengineering labs face shields for hospital workers are being manufactured from 3-D printers. All this is occurring in the haunting absence of normal life on campus. Students have been sent home to take courses online. Staff are working from home. All buildings on campus are locked and shuttered.  Only the groundskeepers, janitors and Henley Hall construction workers go on about their tasks. Against the backdrop of a state struggling with multi-billion-dollar deficits and warnings that UC will face deep budget cuts this fall, never has the value of a great research university been more apparent. UC Santa Barbara will produce the small health tools, but it will also be on the forefront of research to defeat one of the worst plagues in modern history. Here are just a few of the many UC Santa Barbara individuals and teams at the forefront of the response to the epidemic. 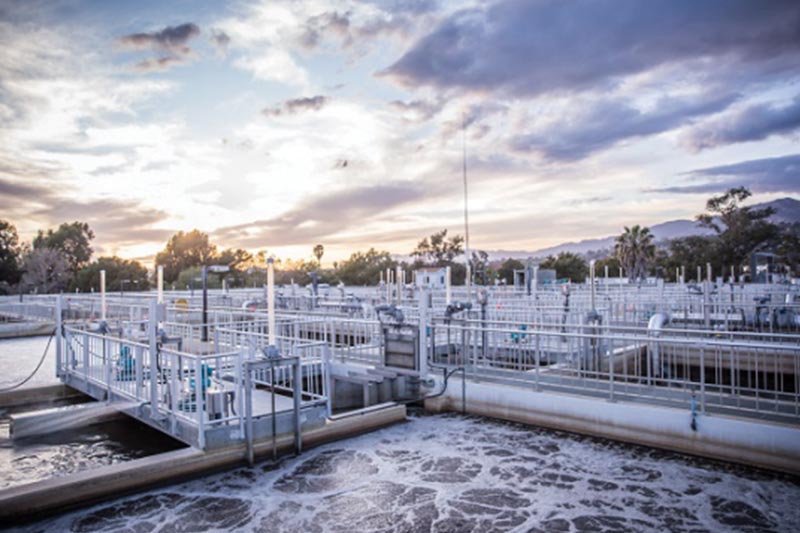 In an effort to track down the spread of Covid-19, researchers around the world are dramatically increasing their testing of sewage.

UCSB researchers Patricia Holden and Laurie Van De Werfhorst are collecting sewage samples in Santa Barbara and Montecito with results completed at the end of the summer. What researchers have learned is that the Covid virus travels through the human body and into waste excretions. By looking for signs of the virus in the waste, researchers believe they can predict outbreaks as well as determine their location. 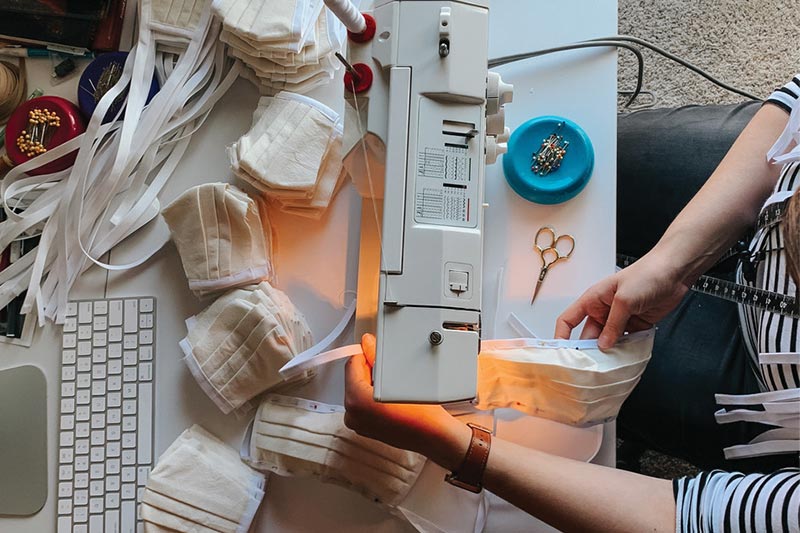 UC Santa Barbara has a world class theater program but who knew it also had a pair of artists who would create hundreds of masks for medical workers and health volunteers. Working from home without the benefit of the drama department’s design shop has not stopped seamstresses Denise Umland and Lillian Hannahs from mass producing unique face masks for Visiting Nurse Association and Cottage Hospital. Other masks have gone to Ventura Medical Center, Hospice and Sansum Clinic. “The first batch of masks went to VNA Health and the response we got was ‘Wow, these look so professional,’” commented theater production manager Daniel Herrerra, who helped with distribution of the masks. “It made me smile because [Denise and Lillian] are professionals and masters of their craft. 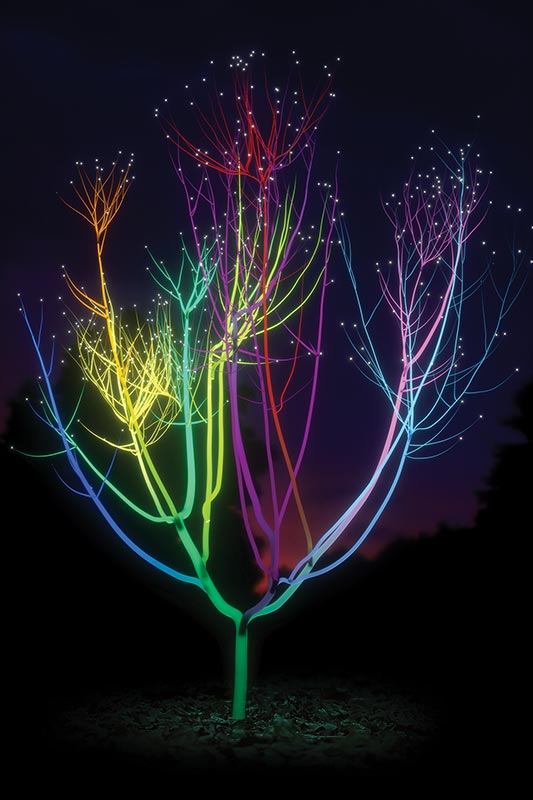 Let There Be Light

While some researchers race to find a vaccine that can block the Coronavirus, at UCSB one of the premier labs in the country is working on a LED lamp that can kill the virus on surfaces, from the interiors of hospitals to aircrafts. The campus Solid State Lighting & Energy Electronics Center, which is home to two Nobel Prize winners, is developing an ultraviolet light that can kill viruses and bacteria on surfaces. “This would provide a low-cost, chemical-free and convenient way to sanitize public, retail, personal and medical spaces,” explained SSLEEC researcher Christian Zollner (candidate, Ph.D. ’21).

The research in the Solid State lab began with the idea that UV light could be used to kill bacteria in water, making it a potentially revolutionary procedure in regions where water is contaminated. Its potential to reduce water borne disease is immense. But with the arrival of Covid-19 the researchers quickly pivoted to bioengineering that would create a portable, energy-efficient machine to emit UV light on surfaces. There are three types of UV light, the UV-A, the UV-B (the sun is its main source) and UV-C, which is what researchers are developing at UCSB. Complicating the engineering challenge, UV-C is harmful to human skin and can cause eye damage; therefore it has to be used where there are no people present. Research on the UV light has been slowed because UCSB has paused most research on campus to maintain social distancing and hygienic spaces.

Researchers believe that someday, this technology will replace chlorine in swimming pools, sit on the counter of most kitchens and purify public drinking water that has been contaminated with bacteria.

One of SSLEEC’s corporate partners, Seoul Semiconductor, has already demonstrated that they can kill 99 percent of COVID viruses in 30 seconds using the technology being produced at UCSB.  The goal is to produce a UV LED light emitter that is small, lightweight and inexpensive, an accomplishment that will truly be the light at the end of the tunnel.

At a time when reports of large parties and beach gatherings are increasing, two Isla Vista organizations are starting education campaigns to try to overcome indifference to the Covid pandemic. The Isla Vista Community Service District is launching a $9,000 campaign in Isla Vista aimed at encouraging residents to wear masks, maintain social distancing and respond to roommates who show signs of Covid 19 infection. In addition the IVCSD will hand out more than 30,000 free face masks. At the same time, the beloved community of Isla Vista is launching its own education campaign that includes large signs around the business area of IV. The signs say “Heroes Work Here” and urge residents to maintain social distancing and stay at home as much as possible. The campaign will include public service announcements on the campus radio station, KCSB, and will be handing out free masks at the Pardall Center in Isla Vista. As of early August the rate of infections in Isla Vista was relatively low compared to other communities in Santa Barbara County, but it was increasing daily, from one case in March to more than 60 in early August. A walk through Isla Vista revealed that more than a third of all pedestrians are not wearing masks.

A New Discovery by UCSB Researchers

“Part of Our Nation’s Cavalry” in Fighting COVID-19

CRISPR may one day be the medical miracle that reverses some of humans’ most dreaded conditions, from cystic fibrosis, to muscular dystrophy to Angelman’s Syndrome. The procedure, which has drawn some skeptics, may one day be used to modify human genomes to “fix” mutations and possible even kill cancer cells. The CRISPR bioengineering process is being employed today at UC Santa Barbara to develop a fast, reliable and scalable Covid-19 test. 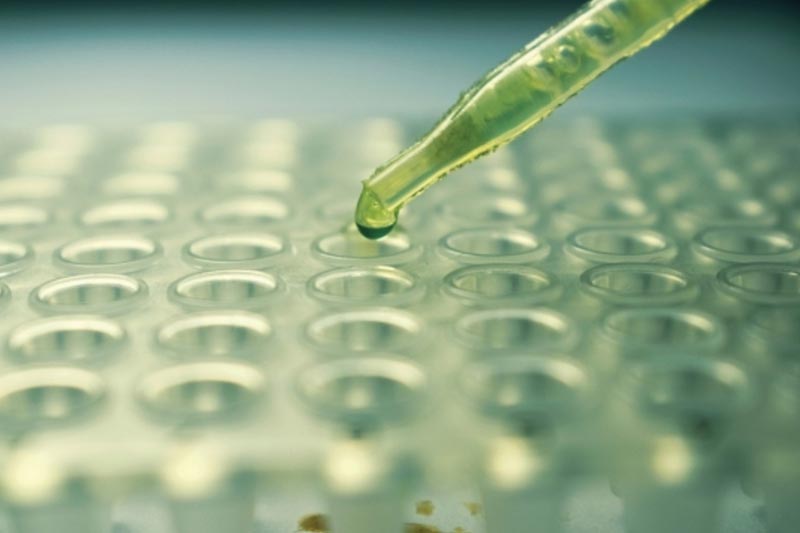 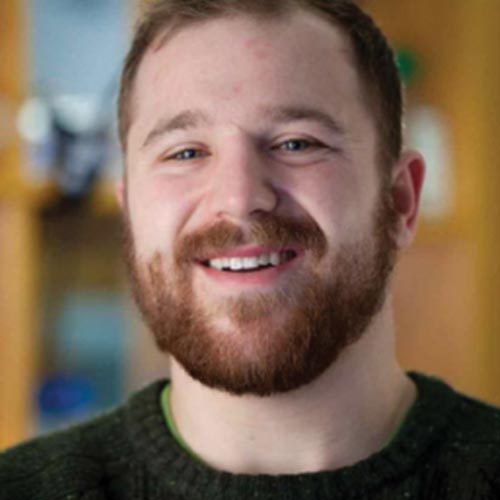 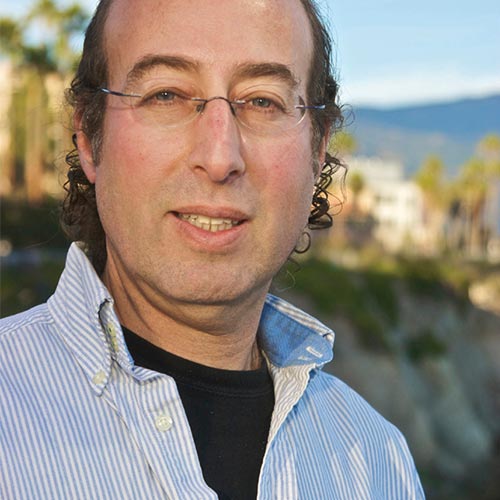 A team of researchers that includes one of the foremost authorities on Alzheimers, Ken Kosik, is working inside the Department of Molecular, Cellular and Developmental Biology to perfect what they have code named CREST (Cas-13 based Rugged, Equitable, Scalable Testing.) Current testing has been hampered by a shortage of chemicals needed to process the tests—there’s a worldwide shortage—and the fact that the testing has to be done off site in expensive lab settings. The CREST test could be taken into the field where thousands of tests could be conducted relatively inexpensively.

What CREST does, according to one member of the team, Max Wilson, is identify the Covid-19 genome and “once it locks on to those sites and recognize them, our enzyme becomes active.” That sets off a reaction that can be detected with fluorescent indicators. Our little wells just light up if the virus is present when we mix these ingredients together.” There is no delay, no machine, and very accurate test results. So far, the CREST process is awaiting FDA approval. The results have been publicly released on a Covid-19 open research site called bioRxiv.

One challenge for a UCSB team is that they have not been able to conduct clinical trials, only lab tests. Currently they are rolling out a testing program at UCSB for workers and staff who have stayed on campus through the university closure.

Wilson, who came here two years ago after obtaining a PhD at Princeton, personally has had to put some of his research on hold as a result of the pandemic. The Wilson Lab at UCSB studies the behavior of cells. As for CREST, “I see the scientists in this effort as our nation’s cavalry to fight off this disease,” Wilson told Current’s writer Sonia Fernandez. “And I’ve been completely astounded by the level of coordination and innovation from my colleagues who just a few months ago were studying totally different things and now we are all Covid-19 researchers working to get the nation back on its feet using science.”