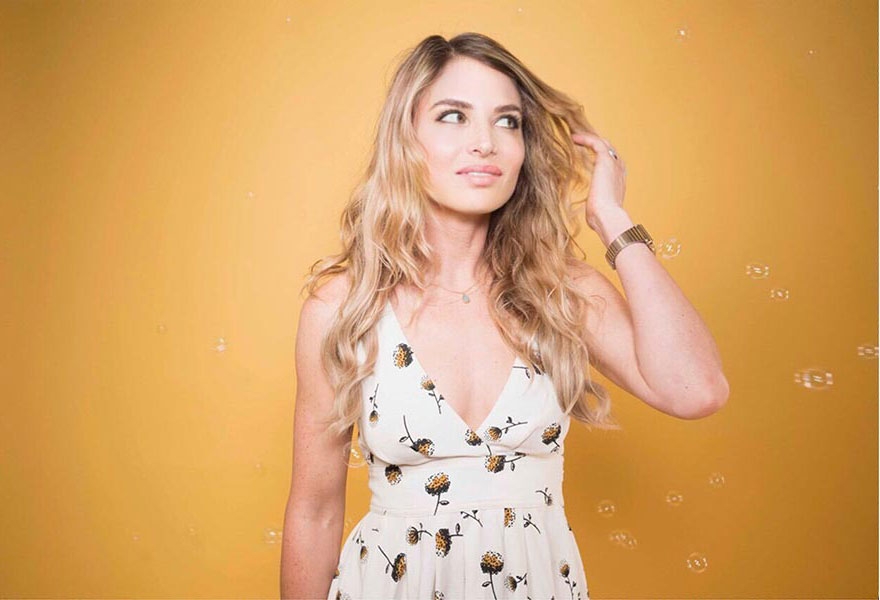 For Emma Rose Cohen, Floatopia and a trip to Thailand were both the final straw and the beginning of a new calling

Picture a mermaid in a tank full of Sharks and you have a pretty good idea of what Emma Rose Cohen B.S. ’09 was up against. A founder of Save the Mermaids, an organization that teaches children about the environmental consequences of single-use plastics, Cohen appeared on ABC-TV’s “Shark Tank” in 2018 to pitch a reusable, collapsible straw as an alternative to the 500 million disposables Americans use each day. Her invention, “The Final Straw,” received two offers—both of which she declined.

How did this Sante Fe, New Mexico native, the daughter of an architect dad and mom who works at Los Alamos National Laboratory, have the confidence to launch a company on her own? Let’s just say this math-turned-biological psychology major and former EMT drew the long straw.

You said that “As soon as I arrived in Santa Barbara to visit UCSB, I knew it was exactly where I needed to be.” What did you get from the experience that you find you draw on today?

I found my passion in sustainability at UCSB. I remember walking the streets of Isla Vista, I couldn’t help but notice how much trash was everywhere. Even though I was surrounded by people striving for higher education—a group of people with the potential to change the world—we weren’t acting in congruence with our beliefs. Floatopia (the social rafting event) was a prime example.

After Floatopia, I couldn’t stop thinking about how much trash was ending up in the ocean as a result of our shenanigans. I became obsessed with single-use plastics and couldn’t stop talking to my friends about my newfound obsession. As avid surfers and outdoor enthusiasts, they were equally concerned. Together, we decided we wanted to do something about it, so we took our mermaid outfits out of the closet and did a beach clean-up. Soon enough, we were attending city council meetings dressed as mermaids and offering the council members plastic filled sandwiches. Our public appearances inspired us to found Save the Mermaids, a 501(c)(3) that educates kids about the negative impact of single-use plastics on the environment. Unbeknownst to me, these experiences during college put me on a different life path and led me to where I am today.

What were you planning to do career-wise with your neuroscience major and how did you decide on the path you ultimately took to your current work?

After graduating from UCSB with a neuroscience major I got my EMT certification and started taking pre-med classes at Santa Barbara City College. Then one day, I was longboarding down Fellowship Road and I crashed. I woke up at the bottom of the hill in a pool of my own blood. I broke my eye socket, three ribs, my pelvis bone, and my thumb. I had to get 30 stitches on my face and four staples on my side. I had a realization while I was at the hospital—I didn’t want to work in a hospital. My crash landing ultimately made me realize that’s not the route I wanted to take in life.

The crash made me realize life was too short to chase a dream that wasn’t mine. I felt like I’d hit a plateau in my ability to grow professionally, so I moved back home and decided to go back to school and get a job in the sustainability sector.

When, where, how and why did you first come up with the idea for Final Straw?

I went on a trip to Thailand and while walking on the beaches, I couldn’t help but notice the insane amount of straws littering the pristine white sand. I knew something needed to be done. As soon as I got home from the trip, I started applying to master’s programs. I was accepted to an environmental management and sustainability program at Harvard and got a job working at Los Alamos National Laboratory in waste minimization.

After four years of working at the lab, I was bored. Government work does not suit a mermaid. I was introduced to my former co-founder (who I have since bought out) and decided to quit my job to work on my dream: to create fun, easy to use, badass alternatives to single-use plastics.

FinalStraw was born after a voracious Amazon search for a reusable, travel friendly straw. There was nothing. Zip. Nada. Zilch. We saw a huge gap in the market for fun, innovative items that replace single-use plastic straws so we jumped.

Which two Sharks made offers and why did you decide to reject them?

Kevin O’Leary made the first offer—$625,000 investment for a 10% stake. The deal also required a $2 royalty per straw until he recouped $1.8 million. I rejected his offer for a few reasons. First, Leary told us “You’re not really a company yet. You’re a mission with a product.” He was exactly right and this was a big red flag. FinalStraw is a product with a mission and we plan to keep it that way. It was important for me to have an investor that understands the mission, and not just finances. Second, as a young company we weren’t in a position to bleed that amount of money. Ultimately, it wasn’t a good fit.

Mark Cuban offered us $625,000 for a 25% stake in the company. I rejected his offer because the valuation he gave us was lower than our total revenue from our first 2 months in business.

What were the benefits and any negative repercussions of your appearance on the show? On balance, are you glad you appeared?

One week into our Kickstarter campaign, Shark Tank reached out and encouraged us to apply to be on the show. Almost overnight, my former co-founder and I went from being two kids with an idea, to two kids with the world’s attention. We got on a phone call with the producers and learned they wanted us to film a month later. They asked us to send our balance sheets and P&Ls—and as they were saying that I was Googling “what’s a balance sheet?” I knew we weren’t ready, but I didn’t want to miss the opportunity. So, we decided to go for it.   When we taped the show, the company was just six weeks old. We had a prototype design and some sales, but we didn’t have any customer reviews or proof we could pull off delivering 100 thousand straws by December. At midnight, the night before we taped, we were spray painting the cases that we were presenting on the show. The next morning, when we were handing out the straws, Lori said “mine’s sticky” because the spray paint wasn’t dry and I almost died of embarrassment.

In retrospect, I would’ve probably tried to go to a later taping, but I’m super grateful we jumped at the opportunity. I’ve always known where I wanted to take the business and am cautious when it comes to bringing on partners. I didn’t leave the experience empty handed—the sharks are incredibly smart and know I was lucky to get an hour with five extremely successful business people. They gave me some fantastic advice that I’ve weaved into my everyday practices while growing the business.

What is the feature of your product that is patented? How is it functionally different from other re-usable straws?

There are three pillars of intellectual property (IP)—patents, trademarks and copyrights. The patent protects the product itself, the trademark protects the logos and slogans, and the copyright protects imagery, photos and videos. Each pillar is very important and some are easier to enforce than others. The knockoffs violated every single pillar of our IP portfolio, down to the tiniest detail. They even stole photos of my pooch, Burrita.

Before FinalStraw there weren’t any travel friendly straws on the market. If you wanted to carry a reusable straw with you, it was long, dangerous and would probably poke you in the pocket! We created FinalStraw out of the necessity to bring a straw with you. People needed something that was compact, convenient and easy to clean, which is why we include the telescoping cleaning brush right in the case!

Your story appears to have become as much about copyright infringement as it is about the environment. Can you describe the problem? In retrospect, is there anything you wish you had done differently to prevent it?

If you crowdfund an idea that raises more than $1 million, you’re going to get knocked off, plain and simple. Especially if your idea is novel, trendy, and easy to manufacture. Kickstarter is an amazing platform that allows entrepreneurs to launch ideas and see how the world reacts. On the flip side, the platform is scoured by people looking to rip off your idea before you can even manufacture it.

I’m not the first person this has happened to and I’m sure I won’t be the last. I’ve been extremely vocal about the IP infringement FinalStraw has faced because I think it’s important for people to understand what they’re supporting when they’re buying a knockoff product. The knockoffs aren’t manufactured in a sustainable manner and are ultimately creating more waste, which defeats the purpose of FinalStraw.

There’s a lot of confusion surrounding intellectual property. When people see a knockoff, we usually receive an email saying something like, “don’t you have a patent!” Yes, we do have a patent. Sadly, a patent is really just a shiny piece of paper that is really expensive to enforce. To date, we’ve spent hundreds of thousands of dollars to enforce our patent.   Aside from having the money to enforce a patent upfront, there’s virtually nothing you can do to prevent the copycats from creating the knockoffs. I was really blindsided by how quickly they were able to move. In retrospect, making sure we had enough money to enforce our patent ahead of launching would have been ideal.

Do you view Final Straw (the product) as the company or as part of an evolving brand?

FinalStraw is the first item in an entire line of Foreverables—convenient alternatives designed to replace single-use plastic. Our Foreverables will become the Tupperware of the 21st century. Instead of gathering in homes for Tupperware parties, men and women will gather for Foreverable fiestas. Olé. We’re currently working on several products in the Foreverables line. Stay tuned for FinalFork.