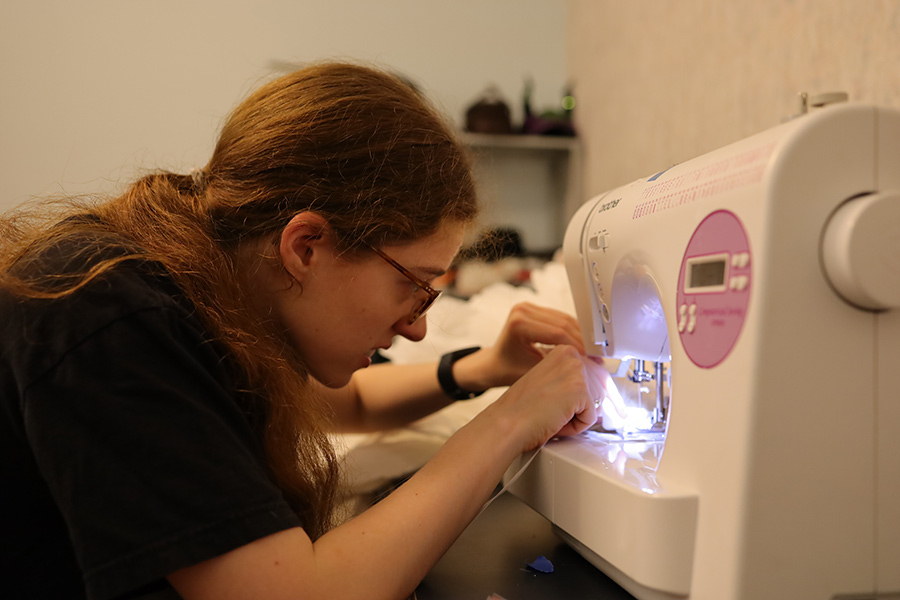 Liz Decolvenaere ‘17 is a Senior Scientist on the Force Fields team at D. E. Shaw Research, where she researches how new techniques in quantum chemistry and machine learning can be used to improve the accuracy of molecular dynamics simulations of small organic molecules relevant to drug discovery.

In this Graduate Alumni Spotlight Q&A, Liz shares what drew her to UC Santa Barbara, how she became a lean, mean, quantum chemical machine, and her journey to sewing complex costumes for the next Dragon Con.

How would you describe your role as Senior Scientist for D.E. Shaw Research?

Honestly, it depends on the day! Some days it feels like I’m back in grad school, knee-deep in papers and documentation, trying to understand the nuances of some new quantum chemical technique or learning a new piece of scientific software. Other days I feel like a software engineer – hacking away on a new script, library, or workflow to test a hypothesis or take an idea and put it into production. And then there’s days where I feel like a professor, when I’m providing my domain expertise for deciding on the next steps of a major project, or helping a junior colleague understand a new concept or tool they need to work with. It’s the best of all the things I like to do: scientific exploration, programming, and one-on-one mentorship opportunities.

I understand that you both mentor and manage junior research scientists at DESRES. Why is mentorship so important and are there any particular mentors that have helped you along your path?

Generous, effective mentors are a huge part of why I’ve been successful in my career. My mentors have helped me learn how to be an effective researcher, how to communicate my science, and pushed me towards opportunities both inside and beyond academia which have been critical to my development. The most important mentor/mentee relationship to a grad student is between the PI/advisor and the student. My advisors, Professors Anton Van der Ven and Michael Gordon, both helped me grow from an energetic but scatter-brained undergraduate into a lean, mean, quantum chemical machine throughout my time at UCSB. Professor Ram Seshadri, while not officially my PI, was also an excellent mentor in helping introduce me to people and opportunities beyond UCSB. Dr. Ann Mattsson was my advisor while working as an intern at Sandia National Labs, and taught me many valuable lessons about interpersonal communication in science, life inside the national labs, and opportunities outside the US for pursuing a scientific career.

You did your undergraduate degree at Caltech. What drew you to choose UCSB for your graduate studies?

During my senior year at Caltech I worked on a design project using microplasma jets to grow silver nanoparticles. This was supposed to be a quick quarter-long project, but I found the material fascinating and took a grad-level plasma physics course from Professor Giapis to learn more. When visiting UCSB, I met Professor Gordon, who was also working on microplasmas for material synthesis – and a former grad student of Professor Giapis! The possibility of learning more about microplasmas and their applications was the deciding factor in picking UCSB over my other grad school offers. …of course, it turned out that I was absolute garbage at experiments, and after breaking or damaging several pieces of equipment, shifted over to a computational focus. Last I’ve heard, the Gordon lab still has a “box of shame” full of some of my more spectacular failures up on a shelf somewhere.

Can you share what the motivation was for creating the Decolvenaere Research Accelerator and how it’s made an impact on current graduate students? Did you receive fellowship support while a graduate student that you benefited from?

I was lucky enough to end up working under a pre-existing grant (IRG3 – Robust Biphasic Materials) that was well-funded through my Ph.D. However, in the last year of my Ph.D., in collaboration with Dr Ann Mattsson at Sandia National Labs, I was going to attend a prestigious DFT conference in Sweden! But at the last minute some bureaucratic red tape at Sandia got in the way that would’ve prevented me from being reimbursed for any travel I booked and I was told I had to cancel. I applied for – and received – an Academic Senate Travel Grant that enabled me to attend the conference, where my mentor was able to introduce me to many important researchers in the field of DFT. After graduating UCSB, I wanted to give back in a way that could help grad students develop their careers in ways that otherwise wouldn’t be possible. Travel opportunities in STEM were already well-funded, so funding a research grant seemed like the best way to capture the same spirit of providing a much-needed opportunity to a grad student.

I understand that in your spare time, you are a pretty incredible seamstress! How did you originally get into sewing and what are some of the creations that you are most proud of?

Oh goodness! I bought a sewing machine in 2010 to make a pokemon-themed costume for Anime Expo, and the rest… well, I’d like to think I’ve improved substantially since then. All my current cosplays come from fantasy series – Game of Thrones, Wheel of Time, and some upcoming work in the Stormlight Archive. But the creations I’m most proud of are the two costumes I made for my parents to wear to New York Comic Con – I got them dressed up as Olenna Tyrell and Tywin Lannister, and they were a huge hit! I found pictures other people took of them together on tumblr after the con, and seeing strangers on the internet complimenting my parents’ cosplay was a really great feeling. 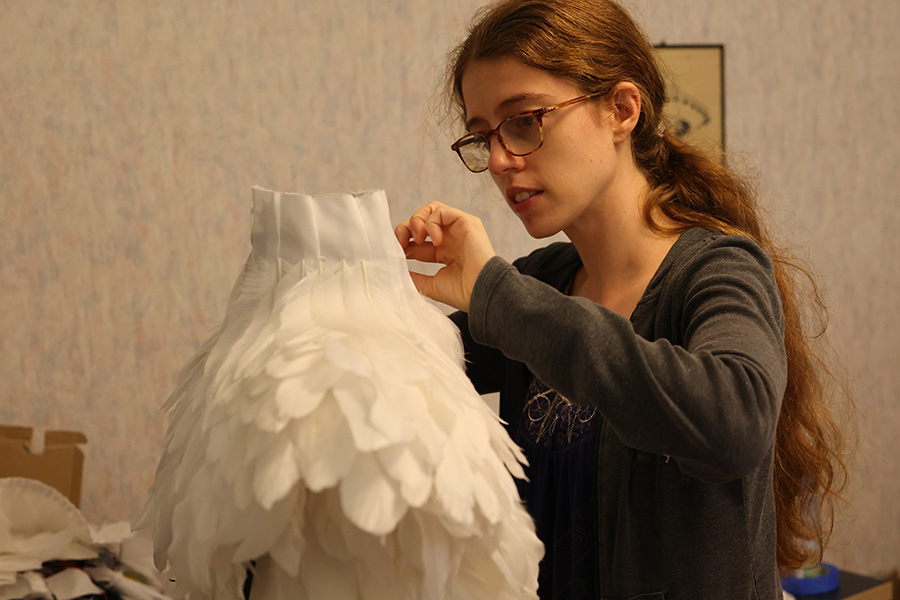