Striking a Chord in Environmental Law 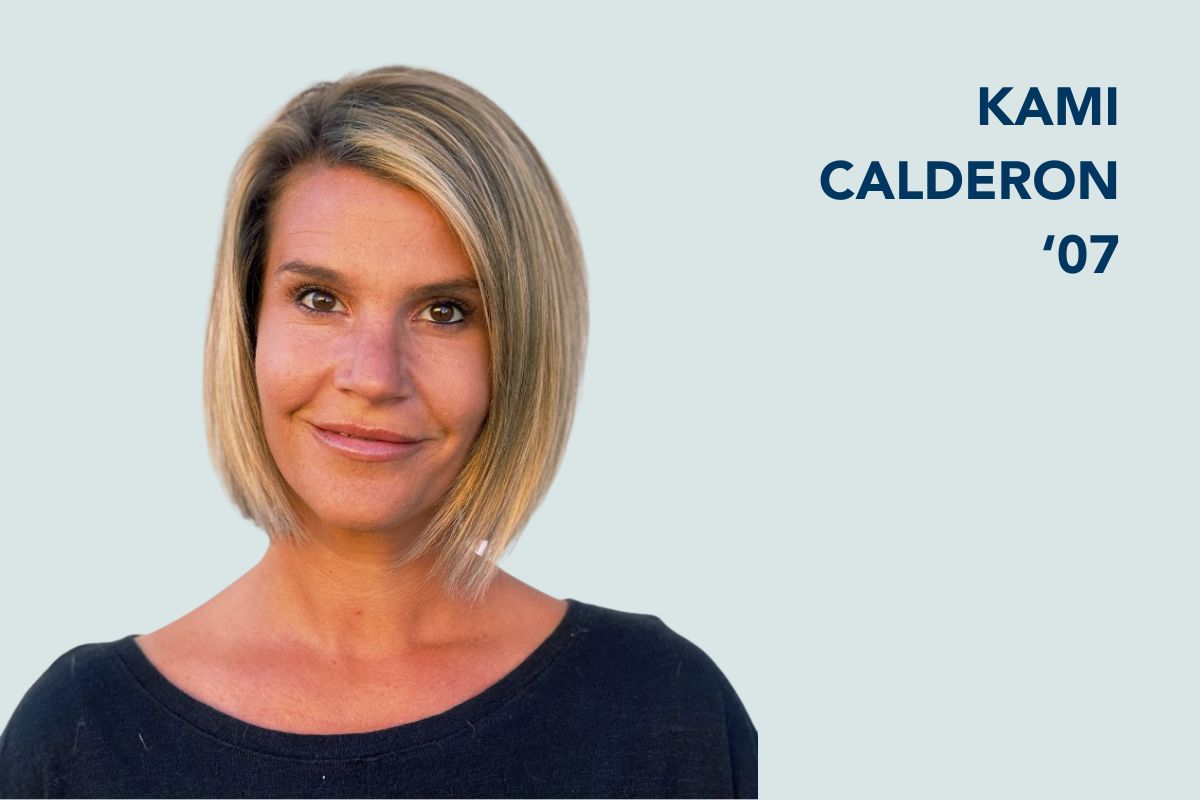 Kami Calderon fell in love with music at the age of five when she began playing the piano. She grew up in a musical household with her father constantly strumming on a guitar. Her fondness for music continued throughout her years at UCSB and while living in Isla Vista.

Calderon meshed her love for music and her commitment to higher education together to receive a B.A. in Music. She participated in musical theater in middle school and in four choirs throughout high school. In college, she wrote her senior thesis on atonal music theory, a non-traditional form of music lacking a tonal center to set the sound.

“I found a love for atonal music,” said Calderon. “It's like doing a puzzle with the music sheets. Getting into the head of the composer gave me a sense of completeness, like when you do an algebra problem and get it right; or when you balance a checkbook and everything balances to zero.” Analyzing music enhanced Calderon’s attention to detail which then helped her prepare for a career in law.

Not only did her academics provide her the space to work on the music she loved, but the music program introduced her to the amazing Isla Vista garage music scene. Calderon stated that one of her favorite experiences at UCSB was jamming at her friend’s house after a long day of classes – especially once she learned to play the blues.

During the summer of her junior year, Calderon assisted at a law firm in Los Angeles where she was responsible for various administrative tasks and became accustomed to working in an office setting. She eventually advanced to Lead Legal Assistant at the firm and, later, took an Office Management position with Fisher Phillips, where she worked for nearly a decade.

Currently, Calderon serves as COO of Clean Energy Counsel, a corporate law firm based in San Francisco that provides legal power to develop, finance, and build sustainability-focused projects. She admitted that she wasn’t looking for employment at a clean energy firm but she said that she hit the jackpot when she landed the job. As COO, Calderon ensures that each sector of the company such as HR, Finance, and IT run smoothly during daily operations.

Calderon mentioned that she was not in search of a position at a clean energy firm but she has always been passionate about sustainability and reducing fossil fuels. The team’s devotion to protecting the environment and the timing of the position were major factors in Calderon’s decision to join CEC.

“I have a wonderful team working with me,” said Calderon. “I make sure everyone’s voice is heard to work together and come up with solutions.” She also noted that it is natural to care about the environment in Santa Barbara due to the close proximity to the beach and with UCSB ranking one of the top green schools in the nation.

“Being in a place like Santa Barbara inherently makes you more attached to the sustainability of our future,” said Calderon.

Despite a busy legal career, Calderon finds time to give back to her alma mater as well. This year marks her first on the board for the Women in Leadership Program at UCSB’s PaCE Extension. Calderon jumped at the opportunity to pay her success forward as she had her own mentor, Terri Pepper Gavulic, the current CEO at TerraLex, who empowered her as a woman in leadership.

She is excited to act as a champion for women who want to be more successful in a male dominant world. Calderon added, “To see women encouraging other women is big to me… we’re in this together."

In regards to her role at Clean Energy Counsel, Calderon affirmed, “I can only see us going up from here. It’s been an amazing journey with some long days but it’s so worth it.”

Click to learn more about Calderon’s work at Clean Energy Counsel and the UCSB PaCE Women in Leadership program.