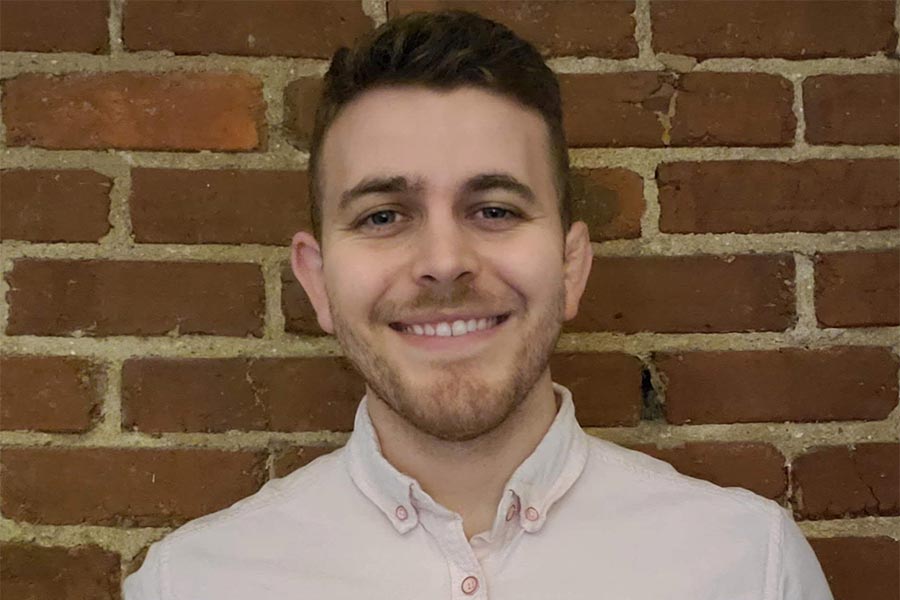 Brandon Hugueley ‘12 helps groups disproportionately affected by sexual diseases including persons living with HIV, the LGBTQ community, and those who inject drugs. Hugueley ‘received his Bachelor’s Degree in Psychology. He has worked with stellar organizations like UC Santa Barbara, Project Concern International, Peace Corps, and the CDC. Each organization provided him the platform to work within the most taboo topic of them all: sex. Today, he is an epidemiologist working to end the HIV epidemic at the CDC.

From his academics to his professions, Brandon emphasizes the need for public awareness of sexual health. He thrives to create systems that benefit the communities that are involuntarily misinformed on the health issues of today.

We spoke with Brandon as he provides some insight into how he helps the greater public with public health.

What inspired you to become an epidemiologist and research sexual health?

As a high school student, I thought it was weird that sex was such a taboo topic. Even at that young age, I recognized that our discomfort with sex and sexuality was problematic and that our unwillingness to discuss these things as a society exacerbated sexual and reproductive health issues. Higher rates of unwanted pregnancy and STI transmission were some of the more obvious consequences; unnecessary guilt and shame were others. Additionally, as someone who celebrated the legalization of same-sex marriage in California in 2008 only to witness the subsequent passage of Prop 8 the same year, which effectively stripped away people’s rights to marry who they love, it was clear to me that conservative views in regards to human sexuality were directly responsible for the denial of human rights.

Still, as a high school student, I had no idea that I could build a career working in sexual health. When I first enrolled in community college I actually did so as an engineering major. During my second semester, however, I took a human sexuality class with a professor who was also a sex therapist—a career option that I didn’t even know existed beforehand—and decided that sounded like a lot more fun than being an engineer. I asked my professor how I could build the type of career he had and was told that I should switch my major to psychology. And so I did. By the end of the week, I had switched my major from engineering to psychology and told my parents—much to their chagrin I’m sure—that I had decided to become a sex therapist! My professor had also told me about the Baldwins at UCSB and so I decided UCSB would be the perfect stepping stone for my ambitions. It would be a few more years before I even knew what an epidemiologist was, but my determination to build a career working within sexual and reproductive health had been born.

You spent a year in Guatemala as a Food Security & Research Fellow. How did this tie in with your passion for sexual health research?

When I went to Guatemala to work with Project Concern International, I was tasked with conducting research on how PCI could improve regional food security in the department of Huehuetenango. While nutritional, agricultural, and WASH (Water, Sanitation, and Hygiene) interventions may be the first things that come to mind for many working within food security, in truth, food security is such a broad and complex topic that it’s difficult to find something that doesn’t play a role in either promoting or obstructing food security and its downstream effects, and that includes family planning. Indeed, family planning is critical to food security as young motherhood, short birth intervals, and unwanted pregnancies are associated with several adverse outcomes, including being born preterm, low birth weight, shorter duration of breastfeeding, and being stunted at 2 years of age.

With this in mind, my research into how to promote food security within Huehuetenango ended up taking the form of investigating the lack of adoption of family planning methods to prevent or delay pregnancy among women stating that they do not want to get pregnant. One of the big findings from my research was that there was widespread misinformation about the health risks of different forms of birth control, with many individuals believing that using birth control would increase their risk of infertility. Another big finding was that many women reported that they wouldn’t be comfortable using birth control without their partner knowing, yet also reported that they weren’t comfortable talking about family planning with their partners.

To me, both of these findings underscored the importance of providing people comprehensive sexual health education from a young age and ensuring that we are normalizing having conversations about sex. Beyond the important role family planning plays in promoting food security, family planning also empowers women and ensures that the course of their lives is not dictated by the inability to decide for themselves if and when they want to begin motherhood. People can learn more about my work in Guatemala and the connections between family planning and food security here.

While studying at UC Santa Barbara, you advocated for sexual health awareness. How was your time spent as a writer for SexInfo Online and an intern for the Health and Wellness Program?

My work with SexInfo Online involved writing sexual health articles for the website and responding to questions submitted by people all around the world. It was a great experience getting to work alongside other people who were as passionate about sexual health as I was. It was also very illuminating getting to see the types of questions people had about sex. Many of the questions we received, including those from people in the United States, really highlighted for me the way in which many societies were failing to provide comprehensive sexual health education to its population.

As you mentioned, I was also very involved with the Health & Wellness Program at UCSB. During my first quarter as a transfer student at UCSB, I took the Sex & Relationships class that existed at the time and then worked as a Sex & Relationships intern the following two quarters. I loved it! We would conduct sexual health presentations for various campus groups, walk the streets of DP handing out condoms, run health fairs, and a whole host of other fun activities. Beyond loving the work itself, I also loved the community of people I found myself surrounded by. In my second year in Santa Barbara, I had the opportunity to work as the Instructional Assistant for ED191W, the Health and Wellness Course affiliated with the program. It was an even more amazing experience as I was able to work alongside program leadership (shoutout to Sabina White and Mark Shishim!) to help my fellow students develop knowledge and skills that would allow for them to be healthier and happier. Ultimately, my time working with the Health & Wellness Program at UCSB was one of the most defining experiences of my undergraduate career. It shaped my professional interests in public health and helped me develop into the person I am today. I don’t believe I’d be where I am now without having had those experiences.

Tell us about being an ORISE HIV Cluster Detection and Response Fellow and how does your work with the CDC help vulnerable populations, including HIV+, LGBTQ, and PWID?

I’m currently working as an HIV Cluster Detection and Response ORISE Fellow with the Transmission and Molecular Epidemiology Team at the CDC. Honestly, I didn’t even know what molecular epidemiology was until I saw the posting for my current position, but I had developed a strong interest in infectious disease epidemiology through my experiences working in international health and development so I decided to apply. Fortunately, I was selected for the position and so far it’s been an amazing experience. Beyond having the opportunity to see how things work at the federal level, work at the CDC is always exciting and there’s no shortage of self-development opportunities. In the year that I’ve been with the CDC so far, I’ve had the opportunity to work on scientific papers, assist with federal responses to HIV outbreaks, participate in the CDC’s Data Science Upskilling program, and so much more.

I don’t think it will be a surprise to those reading this, but health inequity remains a significant issue in the United States, and HIV is no exception. While HIV is an issue that can affect anyone, there’s no denying that it affects some communities more so than others, including the LGBTQ+ community and persons who inject drugs. So any work done to end the HIV epidemic is going to help address health inequities experienced by these communities.

In what ways can other alumni help create awareness for sexual/reproductive health and HIV surveillance?

I don’t think everyone has to dedicate their career or life to fighting for sexual and reproductive health issues, but I think everyone can at least have conversations with family members and friends about these topics. And for better and for worse, sexual and reproductive health issues are also political issues, so moving the needle in terms of health equity in many ways comes down to voting for politicians that support these issues. There are also a lot of wonderful organizations doing great work within this space so an easy way to help make a positive impact is to donate or otherwise support such organizations. Meaningful, systematic change takes time, but I’ve already seen some incredible things happen in my lifetime so I know there’s always the possibility for even greater positive change on the horizon. Don’t be complacent with the progress we’ve made so far though. We still have a long way to go and yesterday's gains can always be taken away tomorrow. In the meantime, be open, have a conversation, and don’t make sex a taboo topic.