From the Sea to the Sales 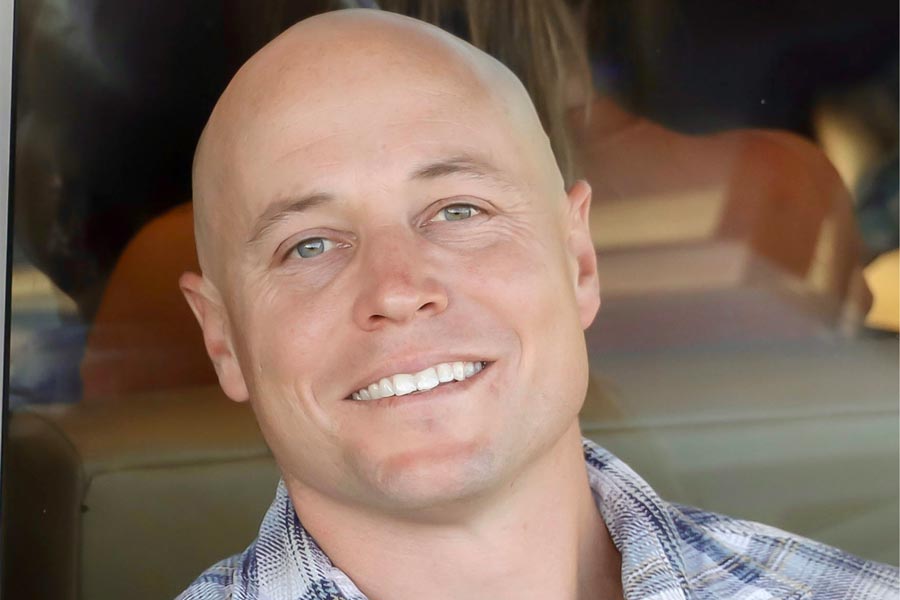 Brent Linas ‘07 is sharing how the diversity of UCSB helped him land opportunities in a variety of fields, from entertainment to the Navy Reserve, to sales.

While at UC Santa Barbara, Brent Linas ran track and field, was the president of his fraternity; SAE, and flourished from the community the Gauchos provided. Brent has been a part of multiple industries where his social network continues to grow and grow. He worked in entertainment, doing lighting for some of the most watched programs, like Super Bowl halftime shows and the Grammys. Then, following his dad’s lead, he joined the Navy, serving in numerous combat missions of Afghanistan. After leaving the Navy, he had a gut feeling he could thrive in the sales industry, and he was right.

We interviewed Brent to learn more about his active presence in UCSB Greek life and how it positively impacted his first steps into the “real” world.

You worked as a Special Operations Officer for the United States Navy, deployed in Afghanistan in 2013. What factor(s) influenced you to join and accept the position as an officer in the US Navy? What were your roles and responsibilities while deployed around the world?

Being in the military had always been a dream of mine, as both my father and brother were Naval officers as well. However, when I got out of college in 2007, it was an extremely difficult time to join the military as we were involved in two wars and a deeply unpopular president. But when the economy crashed in 2008 and my initial career path in entertainment was sputtering and unsatisfying, I decided that I needed to take a risk and pursue a passion, which was becoming a part of the Special Operations community.

In 2009, I was one of two accepted in the country for accession into the Navy EOD Officer Pipeline via Officer Candidate School. After an arduous training pipeline, I was assigned an EOD platoon that was to deploy to Afghanistan in support of combat operations in northern and eastern Afghanistan. My eight man platoon was divided into two man teams and integrated into Army Special Forces platoons across the country on bases no larger than 100 square yards.

We supported numerous combat missions, defused IEDs, and took part in numerous engagements with the Taliban. Beyond Afghanistan, I took part in numerous Secret Service missions providing security for the President and other government officials around the US and in the Philippines. Our responsibility was to check paths and roadways, rooms and vehicles for explosive threats where the President was to travel.

You have been working as a sales manager for the past 6 years, after working as a Special Operations Officer for the United States Navy. How was the opportunity tossed at you and what differences did you have to adapt to going from industry to industry?

When I made the decision to get out of active duty service around the end of 2014, I had literally no idea what I was going to do. I had a good feeling that I would be successful as a salesman, and  as my father says “sales, it beats working.” So I worked with a headhunter that specialized in placing military officers in roles. I owned a home in San Diego, and like any rational person living in San Diego, I didn’t want to leave! So I was extremely geographically challenged in what roles I would consider. I ended up falling into telecom with Textron Corp. The company itself was trying to reinvent itself, somewhat unsuccessfully, but there was enough opportunity there to build a reputation in the industry and I was quickly poached (less than a year and half) over to Corning Inc, which is a major powerhouse across multiple industries, particularly telecom.

I spent the next four and a half years working hard there before I made the jump to Ciena Communications this June. It was an extremely difficult transition in the middle of the pandemic, and even now I still have not met any of my teammates or my boss except for one. But, you quickly adapt and now it seems quite normal.

With regards to the transition from military to civilian life, you kind of have to readjust your expectations and how you deal with personnel challenges from in the military to out. For example, I had a sales rep at Textron that I managed that was putting in absolutely no effort to sell our product line, but had been getting sizable commissions nonetheless. I went to an industry event where he was to represent our products, and he had not done anything to prepare. At the end of the event, I told him that his performance at this was “Busch League” and that I expect substantially more from my team. He absolutely lost his mind about the "Busch League" comment and was so offended he stopped working  for me but wouldn’t quit. I eventually fired him. Long story short, you cannot speak to your team members in the civilian world like you could an operator in the SOCOM community. Lesson Learned.

What is one similarity you found in your many fields of work that surprised you or may have been troubling to adapt to? How did UCSB prepare you for these obstacles?

Honestly, success in so many fields comes down to the concept of “managing personalities.” Especially in sales, this is an incredibly important skill set. Understanding the motivations, insecurities, desires, and frustrations of the people around you, above you and below you, will help you tailor your interactions and decisions to help make that person successful and feel like you aren’t there to get something from them, but to help them. Every industry requires this. My time as a Gaucho certainly helped in this.  While you learn an incredible amount on campus at UCSB, I found that the intense social lifestyle of Isla Vista and the UCSB student body creates really dynamic and affable graduates that understand the importance of interpersonal relationships in business.

Being in Greek Life, what are some major lessons you learned that helped you throughout your career paths, specifically getting your foot in the door after graduating?

Leadership is about being a consensus builder and being decisive at the same time. You need to make sure that the people who put you in that position know you are listening to their gripes, bright ideas, and concerns, but that you are also making decisions that sometimes might not leave them totally satisfied. Being the President of SAE at a time when the chapter was growing enormously, there were A LOT of opinions on how best to do something, and there was always inevitably one or a few people who didn’t like you or your decisions. That’s life in a leadership position.

Greek life was a safe place to learn leadership parables and gain experience in how to manage different scenarios. I would highly recommend that current students take advantage of the opportunity to learn these leadership lessons in a relatively risk free way in their fraternity or sorority. It may surprise you, but it will be a LONG time before you will have the chance to manage 80 people again in the private sector!

To hear more from Brent, check him out as the Keynote Speaker at the Virtual Greek Interconnect on November 14th.