At the Nexus of Nexis 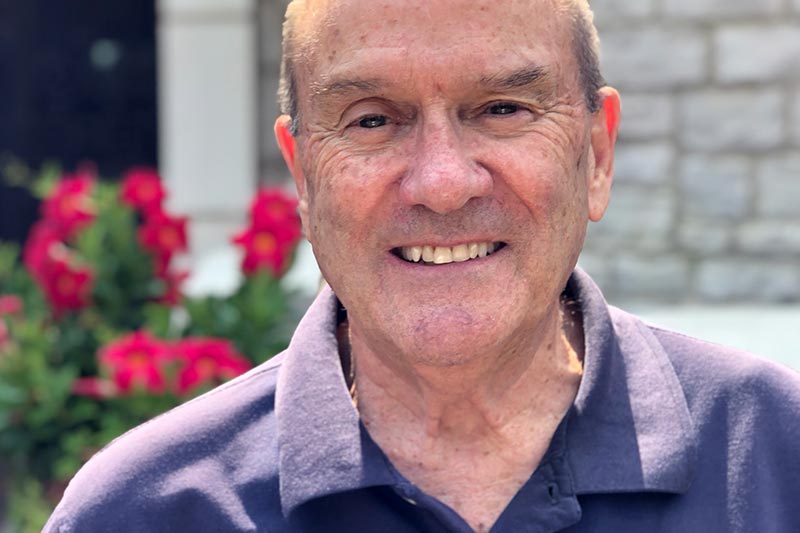 One of the most iconic “brands” in technology, Lexis/Nexis is, in large measure, a product of Dennis Rediker, an early graduate of UCSB’s electrical engineering program.

Rediker got his start at IBM, America’s first name in electronic data processing, where his portfolio extended from engineering and R&D to marketing and sales. After 17 years at “Big Blue,” he went on to work at Mead Data Central, home of what would become Lexis/Nexis. In 2008, following a storied career in management, Rediker decided to become an entrepreneur in what would have been his retirement. Today, at 76, he is CEO of Fireproof Solutions, which develops novel, environmentally friendly coating materials that can control heat from lithium battery fires.

If someone had asked you what you wanted to do vocationally in middle or high school, would you have said an engineer?

In sophomore year in high school, we were asked to write about what we wanted our work career to be and why. I described myself as a nuclear physicist. Back in the 1962/3, that was pretty new territory.   Then at start of junior year, the school (San Jose, California area), gave us all an “aptitude test”.  The counselor determined that I had little aptitude for math or science. As a result, I ended up with a curriculum of language, social studies, history etc. but I did manage to “elect” chemistry and physics.  When I entered San Jose State College (SJS) in 1961, I still preferred math and science but was lacking in prerequisites.  So, the net effect was that I had to take remedial classes to fill in the math and science that I missed in high school.

During my second year at SJS, I learned that UCSB was starting up an electrical engineering department. So, I applied and was accepted to the new electrical engineering (EE) program.  As a result of my relevant credits  from SJS, I was placed in the second graduating class of the EE department at UCSB with the provision that I take a make-up calculus class during the summer before attending UCSB; which I did (while working at Del Monte Foods Plant No. 49 Pickle Packing Plant; night shift 12 hours per day 7 days per week).  In my last two years at UCSB, I took every math, physics and EE class I could enroll into.  I liked physics the most but could not afford to go for an advanced degree due to my student debts and child on the way, so I went for BSEE and went directly to work for IBM.

When someone is the first in their family to attend college, it’s always interesting to find out what prompted them. Were your mom (or other family members) very encouraging? Did you have teachers in high school who urged you to consider higher ed--or was the decision totally your own, and if so, what was it driven by?

My mother’s family immigrated to the US from Switzerland in the early 1900’s. After WW2, my mother was again a single parent even though a second marriage produce two brothers and a sister by a WW2 veteran who left us due to war induced mental issues when I was about 8 or 9 years old. Fortunately, my mother remarried to another WW2 vet who became my father in every sense of the word.  His family emigrated from Germany to the US.  No one in either of these families had the opportunity for a higher education as they lived through two world wars, the depression of the 1930’s etc. (commonly called the Greatest Generation). My adopted father held the opinion that a college education was the key to a better life and insisted that we children (who he adopted), attend college.  My "next in line younger" brother died from a virus while in high school but the remaining three of us all did attend college (my younger brother achieved a Ph.D.).

When you were looking into colleges, how did UCSB wind up on your list and what ultimately made you choose it?

One of my roommates at SJS was an econ major and had chosen to move to UCSB.  He knew of my career interest in engineering, science and math and told me about the new UCSB EE department opening up.  I checked and UCSB had a good physics department too and a small particle accelerator.  SJS enrollments were in the 10’s of thousands and UCSB was only 5,000 students at the time.  I thought that the smaller institution and the new EE program would allow me to get more involved in the university and the EE department.  Truth be told, it did and I got more out of my UCSB experience because of it.

Can you provide a sense of what your experience was like?

My first year was pretty much upset by two events: the death of my brother one month after I moved from San Jose to UCSB causing me to lose focus on school, and therefore I lost student deferment status and was drafted by the Army intended for Vietnam. However, due to a subsequent spinal injury, I was reclassified as 4F for the draft and was allowed to return to UCSB.  What a wakeup call that was.  After that, I was pretty much focused on academics. I actually worked at the school for the engineering department part time for extra money.  I would say I was pretty much a tech nerd.

Although you majored in engineering, in your first job at IBM, you also had responsibilities in other areas such as marketing that seemed to lead to subsequent management roles and entrepreneurship. How did you pick up those additional skills and once you acquired them, did it shift your interests from pure engineering roles?

I graduated on Saturday and showed up for work at IBM San Jose on Monday morning.  I was indoctrinated into the IBM culture and had little awareness of other business cultures.  My first job at IBM was “product engineer” for a small scientific computing system.  My first assignment was to design interfaces that would allow attachment of input/output units like printers, card readers and disc storage.  At the time, the standard practice was for logic designers to layout the circuits manually in preparation for fabrication.  However, IBM had just developed a software system that would do the design based upon inputs for the logical functions from the engineer.  I was the first IBM engineer at the San Jose laboratory to use this system exclusively to design the logic interfaces; i.e. essentially a computer designing a computer automatically based upon inputs from the engineer. This is an example of my overall attitude….not afraid to try new and innovative approaches…basically felt nothing to lose only gain.  I moved from San Jose to Boca Raton, FL as the vanguard for engineering function when IBM was just beginning to open a development facility there.  Assignment was designing IBM’s new “sensor based” computing systems.  Unfortunately, the marketing input we engineers got form the sales and marketing area was just wrong for the emerging market.  IBM asked me to take a sales role in order to learn what the real customer requirements were for sensor based and distributed computing systems.  I became a sales rep in the San Francisco area for a little over 3 years. My time in the sales organization allowed me to learn more about other businesses.  I realized then that there was a whole world of businesses providing products and services while making money in different ways.  This opened my eyes to possibilities outside of the IBM culture. So, when the Mead Corporation asked me to move to Dayton and work on developing Mead Data Central (now Lexis/Nexis), I took the job.

Over the past decades, Lexis/Nexis has become an iconic brand. What stage was it at when you arrived at Mead in 1983 and what innovations/changes did you make?

When I arrived at Mead Data Central, there was only the beginning commercialization of the legal search service that was trade named Lexis.  There was no Nexis yet.  The Lexis service was only available via a proprietary terminal called the UBIQ (developed specifically for the Lexis service).  Since the world of PC’s was rapidly evolving, my first role was VP of “terminal and communications” development.  The mission was to make any PC able to access Lexis and perform searches. Then as Nexis was developed, I became the General Manager of Nexis. Some of the moves I made were questioned but it was no time for the faint of heart. After this, I was appointed Chief Strategy Officer of the Mead Corporation (basically a paper manufacturing company). That is when I entered the board room of America as Mead was in the S&P 500 at the time.

In retirement you became entrepreneur. That seems unique in that some of the most familiar names like Elon Musk and Mark Cuban became entrepreneurs earlier in their career. What prompted you to pursue this now, following a successful career?

During my time as Chief Strategy officer for Mead, the business was very successful mostly because of my philosophy of surrounding myself with people who are much smarter than I am which paid great dividends in each market around the world where we did business.  I continued with this philosophy during my time as CEO of English China Clays PLC, located in London.  All along my positions were to assume the leadership role of a large organization with lots of resources.  Deploying these resources to improve results was the game. But I always wondered how entrepreneurs, with a new idea, were able to create a successful business without existing resources; in fact, I was so impressed with this that I wondered if I could do it too. I thought about doing something that would actually benefit society and seized on the idea that advanced engineered materials were lacking and hence impeding new product developments in all kinds of areas.  Hence, my ventures into advanced composite materials for ballistic armor and sectional composite utility poles.  I have now had the requisite “entrepreneurial experiences” of a failure and a small success that was sold to a larger company.  Now onto the third venture, Fireproof Solutions, Inc. (hopefully successful).

Engineering seems to be particularly popular as a profession among students these days. Yet many of those who show great promise in and a passion for the field come from modest means and don't have access to an engineering degree. Are you concerned about the field possibly missing some of the "best and the brightest"? If so, is that impacting your own philanthropic priorities?

My past volunteer positions of Chair of the National Composite Center, Chair of the Dayton Development Coalition, President of the Dayton Wright Composite and Ceramics Development Center and member of the Wright State College of Business advisory board are not really philanthropic as much as at attempt to help develop businesses and create opportunities for young people to have the career opportunities that I have enjoyed.

What is one important specific takeaway from your time at UCSB that you found valuable throughout your career and/or today as an entrepreneur?

First, the professors really took an interest in helping our small number of students in the EE school. No TA’s at that early stage so the profs carried the load. I also learned that I was smart enough and was willing to work as hard as anyone.  But through teaming with other students, we were much more effective…hence my philosophy to always surround myself with people who are smarter than me and give them the credit for achievement.