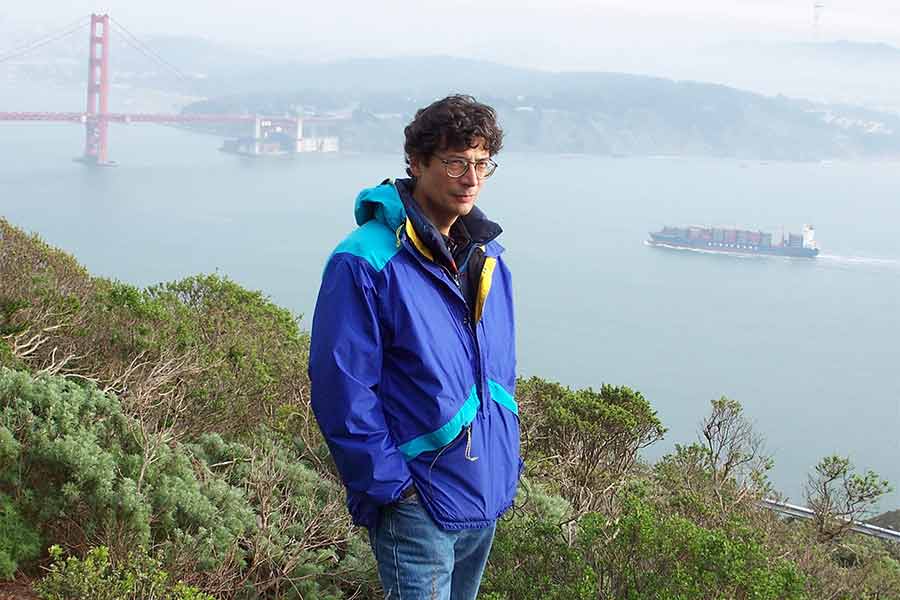 As a 2021 finalist of the Paul A. Volker Career Achievement Medal, one of the Samuel J. Heyman Service to America Medals, Gregory Ruiz ‘80 shares his astounding goals to preserve international marine ecology.

The Samuel J. Heyman Service to America Award recognizes federal employees for their work in public service. This year, one finalist is Gregory Ruiz ‘80. Ruiz believes it is crucial to recognize the scientific work done to improve policy as researchers, like himself, discover the environmental nuances yet to be considered by the legal system. As a nominee for the Sammies People’s Choice Award, Ruiz has used his degree in marine biology to further preserve our ecosystems. The human-induced misplacement of aquatic species brings harm to the environment and to the economy. These non-native species travel alongside ships, moving them out of their native spaces. Ruiz emphasizes the danger of these invasions and their impact on an ecosystem’s future. To aid in this discovery, Ruiz has designed a scientific federal database to reveal the high quantities of these non-native species in the ocean. Ruiz has worked within the USA for the past two decades and now shifts to the Southern hemisphere to collaborate with other international researchers. Ruiz’s discovery has exposed the problem worldwide.

Ruiz sat down with us to discuss his major role in aquatic biology conservation and where his research is heading.

Tell us more about your preservation work as an aquatic biologist.

My background is in marine ecology and I've spent much of my career thinking about how marine environments function and change through time.

I study the prevalence of invasions of non-native species in coastal bays and estuaries, so for the last 20 years, I've been focused on invasion dynamics. Essentially non-native species get moved around the world by human activity. These species can colonize coastlines and essentially alter an impact on communities and ecosystems. My interest in marine ecology began in California and continues today. It is about how invasions happen, the magnitude of impact, and how we can minimize the risk.

How did UC Santa Barbara encourage you to pursue this line of work?

I would say UCSB was part of my exploration of ecosystems and how all the local pieces are changing. I wasn't thinking about trade and transfer dynamics at the time, but I was trained broadly in aquatic biology and environmental studies to study the cross between the natural and human world.

While at UCSB, I did a lot of volunteer diving for UCSB graduate researchers. It was a great window into exploring not only the local environment but what sort of research people were pursuing.

Tell us about your work with the Smithsonian Institution. How did you influence some enforcement policies to help combat environmental harm within the institution?

The Smithsonian institution with many research programs alongside their museums. I am based at the Smithsonian Environmental Research Center in the Chesapeake Bay. I also have a lab in the San Francisco Bay with a big staff of fellow researchers. So these are my home bases for my national scale research program to track bays across the coasts.

The work that I've done has had a big effect in part by understanding the scope of the issue. I'm not the first one to work on it but the scale that I have been working at is unusual. I am looking at a continental scale to understand the pattern of invasions and what drives those patterns. One of the key drivers in global trade by ships. By clarifying how important that is and how that process works, it provides information for policy workers at both international and national levels. In that framework, we have seen a radical shift in how commercial ships behave and attempting to increase biosecurity to minimize the transfer of nonnative species from ships.

Understanding science has shifted how policies are constructed and that is the most important part. The program that I have developed is tracking all the ships that come into all the ports of the country. Looking at how that behavior has changed and then thinking deep thoughts about what that means from an invasion perspective. Are we seeing a change in ship behavior? Are we seeing a change in the supply of organisms coming from the world? Are we seeing a slow down of invasions in response to that?

What were your initial thoughts when nominated as a finalist for the Paul A. Volcker Career Achievement Medal? What does it mean to you to be part of the "Oscars" of government service?

I was both surprised and honored to be considered. I also think that reflects both the impact that I've had but also the extensive collaboration with my very large team including staff and students. I've been fortunate to work with such amazing people so I am honored to be nominated but the credit is due to any team that makes our accomplishments happen.

I am humbled. I think it is cool to recognize federal scientists and the role that we play in underpinning a lot of discovery, policy, and management. I'm blown away but I am also very pleased that the whole industry gets recognition and people can understand a bit more about the breadth of knowledge that is existent in the federal government. The recognition can help people think more about what opportunities exist for science and government and how those two things really go together.

What future projects are you working on to further protect the environment?

I'm continuing in the path discussed before but one system I am increasingly developing is a broad-scale biosecurity network for coastal marine systems. While most of my work has been in North America, I have shifted to Central and South America to approach policy and protection across the Americas, including the islands. Each country has been standing its individual programs yet we ultimately all face the same issues. So it makes good sense to share ideas, share resources, and empower broader application of marine environments.

Rather than reinventing the wheel, we can share across counties so people on the ground can benefit. It is also great to have input from other scientists that may have an alternative way of thinking about this system. It allows us to broaden our thought mechanisms.

Finally, what has been your favorite underwater excursion throughout your scientific journey?

The most remarkable thing has to be diving in Galapagos and seeing a penguin fly underwater! Marine iguanas and sunfish were casually swimming by! I also think night diving is spectacular! All the amazing things that come out at night that you didn't know were there before!