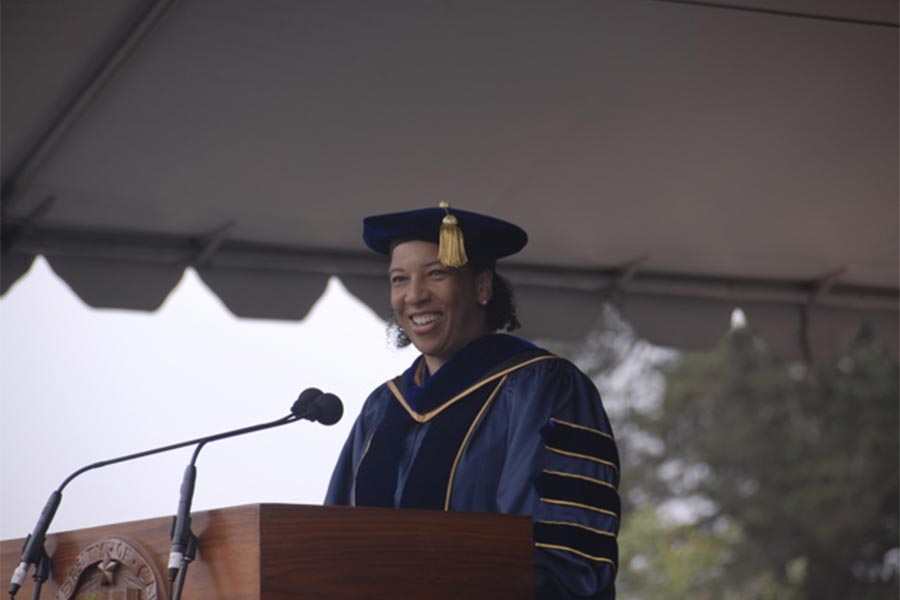 American geographer and oceanographer Dr. Dawn Wright Ph.D. `94 (Physical Geography and Marine Geology) has been elected into the American Academy of Arts and Sciences as well as the US National Academy of Sciences.

Dawn is a leading authority in the application of geographic information system (GIS) technology to the field of ocean and coastal science, and played a key role in creating the first GIS data model for the oceans. She serves as the Chief Scientist of the Environmental Systems Research Institute (Esri) and also has been a professor of geography and oceanography at Oregon State University since 1995. In 2007 Wright was named Oregon Professor of the Year by the Carnegie Foundation for the Advancement of Teaching. Thanks to UCSB, she is also the first African-American woman to dive to the ocean floor in the deep submersible ALVIN.

In this Alumni Spotlight Q&A, Dr. Wright shares why she chose UCSB for graduate school, how she got the nickname “Deepsea Dawn,” and advice for her fellow grad school alums.

This is really representative of Esri as a whole. I’m extremely humbled and honored that my name is associated with this membership. But I have been so fortunate to be working with an amazing variety of brilliant and creative scientists at Esri, as well as students and colleagues at Oregon State University. In both places, the vast majority of my science has been powered by some amazing teamwork. I am also buoyed by the realization that this will provide many more opportunities for me to help other women and people of color in the sciences to rise, including those pushing the boundaries with GIS and spatial data science.

What drew you to choose UCSB for your graduate studies in Geography?

I was actually trained as a geologist and oceanographer and after my Master degree had taken a job as a seagoing marine technician aboard a scientific drilling vessel. I spent nearly 6 months a year for 3 years at sea doing this work on expeditions throughout the Indian Ocean, the Pacific, as well as short stints in the Atlantic and Antarctic. But after 3 years I was ready to return to school for a Ph.D. but this time in a new discipline. My mother spotted a short snippet in the Chronicle of Higher Education about a large NSF grant that had been given to UCSB Geography to start a major node of the NCGIA (National Center for Geographic Information and Analysis). The other two nodes were in Buffalo, NY (University at Buffalo) and Orono, Maine (University of Maine). Given that I’m a warm weather gal who was raised in Hawaii, UCSB Geography was an easy choice to look into! 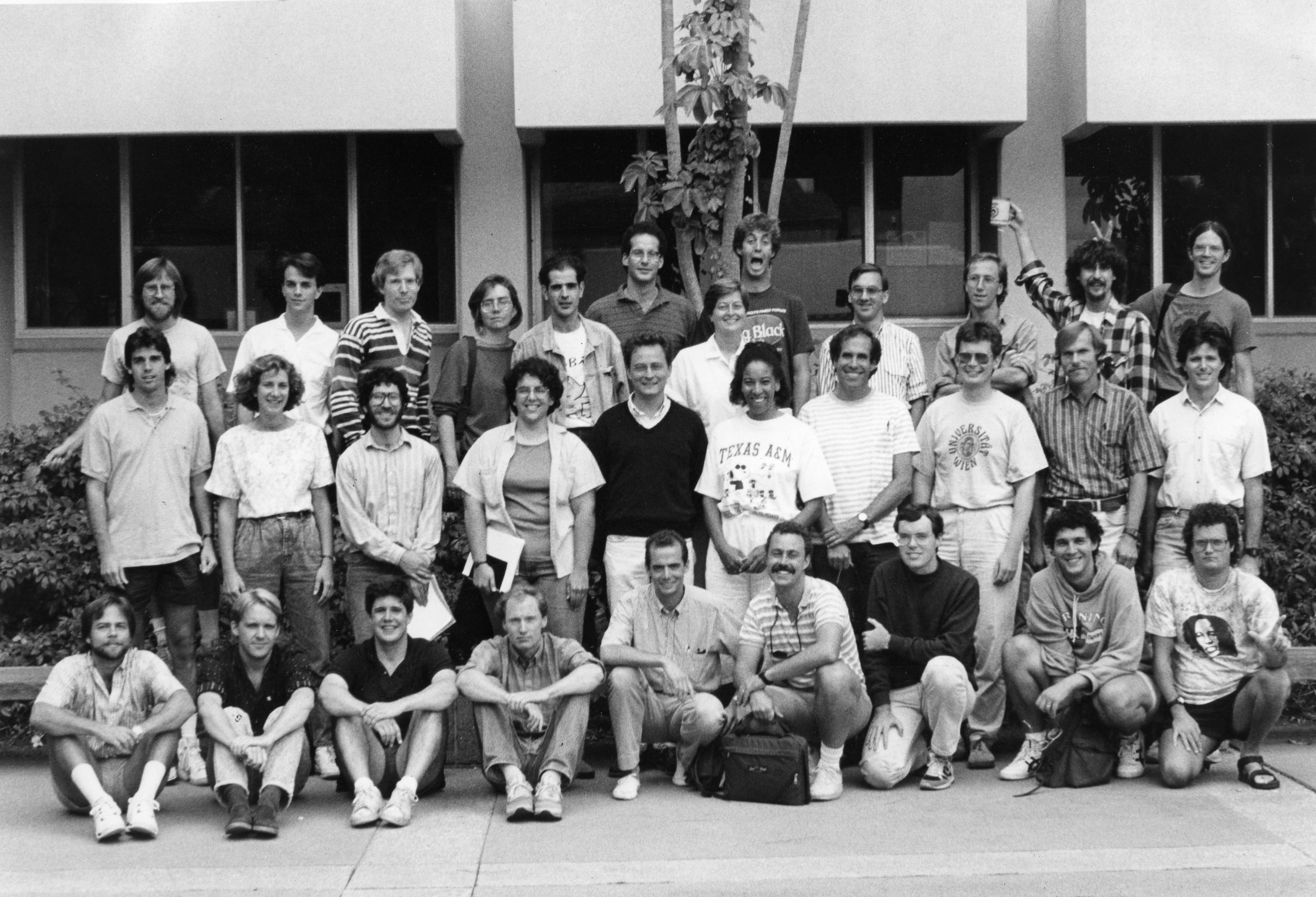 What was your research focus at UCSB? Do you have any professors or colleagues that stand out from your time here?

Because of my mixed academic background, I was strongly advised by former Graduate Dean David Simonett to pursue UCSB’s Individual Interdisciplinary Ph.D. Program where you pursue a research question that can only be fully addressed by integrating two disciplines. While one department “houses” you logistically in terms of office space, mailbox, etc., your doctoral committee is half-and-half between the two departments, and you spend a lot of time in EACH department’s culture and courses.

So I was essentially split between Geography and what is now Earth Science. My dissertation explored a synergism between the disciplines of physical geography and marine geology, especially by manipulating geological data with conventional geographic techniques in order to optimize the information content of the data and the resulting interpretations. And this was basically one of the first applications of GIS (geographic information systems) to the ocean floor. In the end, my diploma read not just a Ph.D. in Geography” or a “Ph.D. in Earth Science” but an “Individual Interdisciplinary Ph.D. in Physical Geography and Marine Geology.” I’m not sure if this program exists at UCSB anymore, but because of its uniqueness and what it took to get through it, nearly my entire doctoral committee stands out to me to this day. Ray Smith (Geography) was not an expert at all in the subject of my dissertation but was absolutely the very best major adviser that I could hope for due to his care and skillful mentoring (dispelling the myth that graduate students need to be clones of their major advisors). Rachel Haymon and Ken Macdonald (Earth Science) gave me absolutely invaluable experience at sea, wonderful mentoring, and welcomed me fully into their research labs. Many of the students in those labs are close friends of mine to this day. 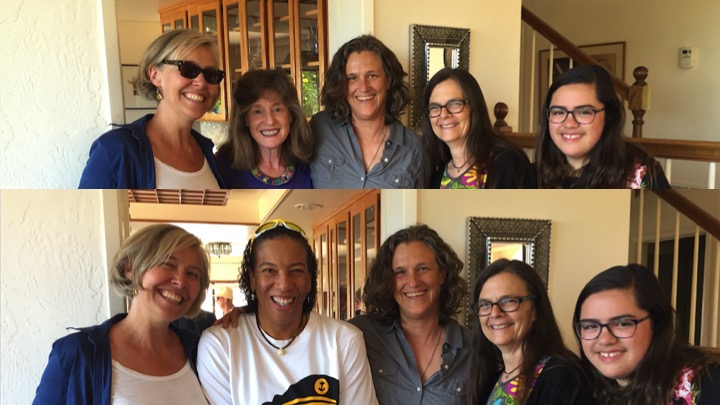 You received some of the first GIS data sets to be collected from the deep-sea vehicle Argo (same vehicle used to discover the Titanic) while a student at UCSB. What was it like working on this project?

It was absolutely thrilling. I had never been so happy to be locked in a small, windowless lab for hours on end as I was witnessing on video and trying to wrangle data-wise what few others at the time had ever seen. And then, thanks to Dr. Rachel Haymon, I was given the opportunity to actually dive on that study area in the famous Alvin submersible to learn even more and to bring to bear some of the GIS methods I had developed. I will be forever grateful. I understand now that the waiting list for a dive in Alvin can extend for many years, preventing some graduate students from getting their shot.

How did your nickname "Deepsea Dawn" come about?

With all the experience that I had had being at sea before I came to UCSB, a researcher in Ken Macdonald’s lab at UCSB started calling me “Deepsea Dawn” and it stuck. After a while I just gave up. The alliteration is too much fun.

What does your current day to day look like as the Chief Scientist for Esri, the world's largest supplier of GIS software?

My day-to-day involves email, LOTS of email. 😊 Seriously though, my mission as Esri chief scientist is to foster good science within the Esri organization which we need to do in order to create the software, services, maps, apps, and datasets that scientists need in order to do their best science. In addition, I also support the science community (specifically in my own specialty of ocean science, but also in geology/geophysics, hydrology, climate science, forestry, agricultural science, conservation biology, forestry, sustainability science, and of course geographic information science), through participation in projects, scientific meetings, and representation on many boards and councils. In this sense, supporting the scientific community means contributing as a member of the scientific community, rather than as just a vendor of software. So that is a big part of my day-to-day job, offering objective scientific representation on these various boards and committees of the US National Academy of Sciences, the NOAA Science Advisory Board, the National Science Foundation's EarthCube initiative, the Group on Earth Observation and the United Nations Educational, Scientific and Cultural Organization (aka UNESCO), etc. My day-to-day also involves lots of meetings with my Esri colleagues on science-based GIS projects with and for our users, including the many tools, maps, and Esri specialist conferences that we are developing to support them.

For more information, head to the Esri site.

Be a sponge(Bob) ☺ - learn all that you can from the people around you. Seek out a mentor in your workplace (hopefully it's your supervisor but oftentimes it's an experienced co-worker). Be humble. If somehow your career path CHANGES, my advice would be to go with that flow and learn as much as you can about that new career path that you're interested in. Find someone in that area who is willing to give you some advice, or do the requisite Internet research to find out about blogs, Facebook pages, Twitter streams, local and regional conferences in that particular area. Talk to other students or colleagues who are currently on that particular career path. And ... get an internship in that area too (even as older adult internships are viable – and I’m not necessarily referring to the 2013 Vince Vaughn/Owen Wilson film, but more to the 2015 Robert De Niro/Anne Hathaway version)!

You have been very supportive of UCSB by the giving of your time and resources (which we are very appreciative of). What motivates you to support UCSB?

To put it simply, UCSB is a very happy place. I was extremely happy when I was there as a student, and when I return to visit I see that happiness pervasive through the faculty and students in my old department. This motivates me to continue giving to an institution that I love in order to keep that happiness going.

Any parting words for your fellow UCSB graduate alumni?

Please don’t miss an opportunity to return to the campus and see how everything is evolving!