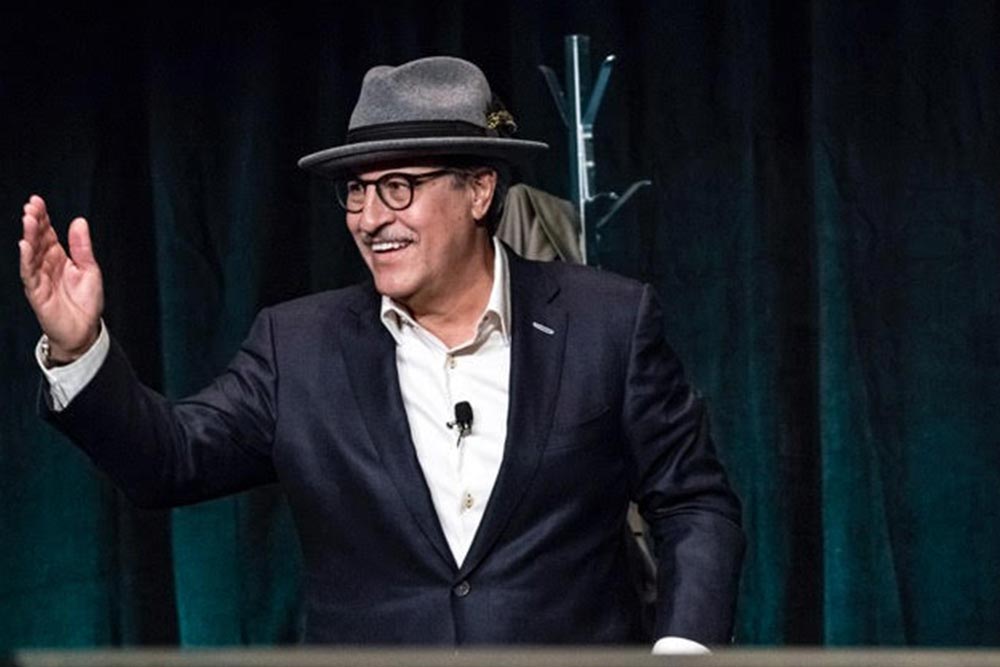 When Castulo de la Rocha ‘73 enrolled at UC Santa Barbara in 1968, there were only 53 Latino students. Today, there are more than 6,000. The numbers are so impressive that UCSB was one of the first members of the prestigious American Association of Universities to be declared a Hispanic Serving Institute.

In the late 1960s de la Rocha was a student activist who was nearly arrested several times, organized Chicano students for marches on Cheadle Hall, and laid the groundwork for the declaration of El Plan de Santa Barbara which led to the creation of the Chicana and Chicano Studies Department.

Today de la Rocha runs a billion dollar non-profit health system that provides clinical care to more than 300,000 mostly poor clients. He has a staff of 2,800 and has amassed one of the largest private collections of Latino art in the country.

As he recalled on a recent visit to UCSB to talk to undergraduate pre-med students, it almost did not happen. He was accepted at Reed College in Oregon and up until the 11th hour, had no plans to attend UCSB. But having never been north of Oxnard, he chose Santa Barbara and described the campus “as beautiful today as it was when I was here.”

It was not an easy path from a boy on a farm in Chihuahua, Mexico in the 1950s, to the focus of a major, and quite glowing, feature piece in the Los Angeles Times.

For generations de la Rocha’s family had farmed in an area known as El Districto de Guadalupe y Calbo. “It was a beautiful life as a boy,” he recalled. Like many modern day ranchers, his family was “ land rich and capital poor.” The family members in the late 50s began a slow and gradual migration to the U.S. after land reform policies in Mexico led to contentious fights between landowners and peasant cooperatives. It got worse as narcotrafficers moved into the nearby Culiacan region to grow poppies and marijuana.

Early education for de la Rocha was just as tough. In Chihuahua his small school “occasionally had a teacher.” After coming to the U.S. he not only needed to learn to speak and read English, but also to become literate in Spanish. 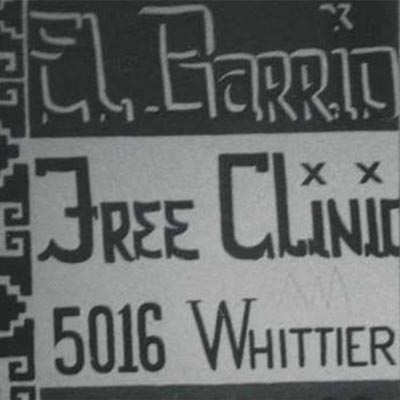 Despite the academic hurdles, de la Rocha was popular in school, holding student body offices in high school. But it was at UCSB that he received the education that he would later employ to build a non-profit company that is hailed in Los Angeles as one of the great local stories of entrepreneurism. “It was a godsend,” he said.

“I learned how to organize at the University,” he explained. “I learned all the politics that I have used the rest of my career.” Getting on the phone at UCSB he organized the group United Mexican American Students. Their chief demand was the acceptance of more Hispanic students at UCSB.

Bill Villa, who would spend 32 years on the campus, most as the Admissions Director, remembers encountering de la Rocha in 1968. Villa had been assigned to mentor Latino students and de la Rocha quickly caught his eye. “I could tell immediately when he presided over a meeting of students this guy was something special. He had the presence of a leader right off the bat.”

In his first year organizing students, Villa recalled de la Rocha took out the student directory and called every student with a Spanish surname, seeking out students of Mexican ancestry. “That was when he found out there were only about 50 or so Mexican-Americans at UCSB.”

From UCSB de la Rocha went to earn a law degree from UC Berkeley and then interned at MALDEF, the Mexican American Legal Defense Fund. But as noted in the Los Angeles Times, it was when he went to work at the East Los Angeles Free Clinic that “things clicked.”

What he saw at the Clinic were long lines of Latinos waiting patiently for the most modest forms of health care. “They were waiting to get a number to see a doctor,” he recalled. “I saw a demand there.”

While considering himself a “community activist,” de la Rocha was intimidated by the challenge of putting together a non-profit health care system when he knew nothing about medicine or medical management. After establishing his first clinic, “I wondered if I was doing the right thing. After 40 years, I would do exactly what I did 40 years ago.”

Today his non-profit, AltaMed, have nearly 50 accredited health center and service facilities, plus 8 PACE centers. “I started out as a visionary,” de la Rocha explained. But he had to attract professionals in the field and managers in the offices. He used his organizing skills and his passion to serve his community to his benefit. That passion, he said, “has allowed me to succeed. That passion for social justice has not changed at all.”

He is a fierce advocate for the Affordable Care Act and his non-profit foundation was active this year in mobilizing Latino voters.

In a speech to UCSB students he expressed his deep concerns about the rhetoric and policies that are coming out of Washington, DC. “It keeps me up at night but what keeps me going is a sense of justice. We will be a stronger and better America.”

His voting registration and mobilizing effort is called “Mi Familia, Mi Salud y Mi Voto.” (My Family, My Health and My Vote). This past fall the effort mobilized an estimated 30,000 voters in Los Angeles.

He stressed that the problems of health in America today cannot be resolved just inside the four walls of an examination room. “There we are just dealing with the symptoms,” he noted. The deeper cause of health problems in America have roots in poverty, education and nutrition (the “food deserts”).

“To deal with these issues, the votes matter.“ And he added, “Until they vote they can’t demand.”